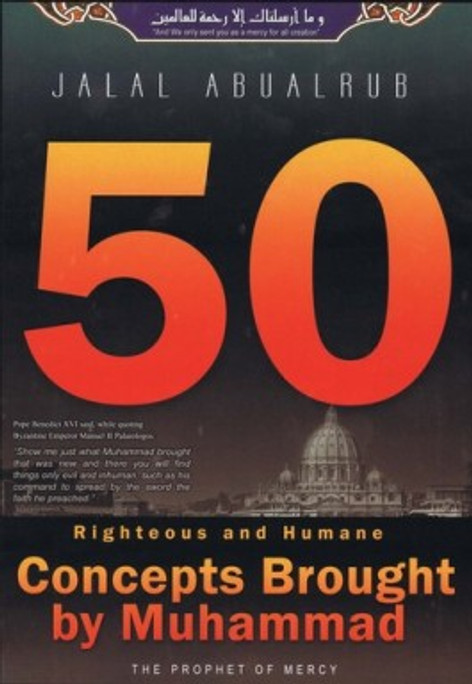 Pope Benedict XVI said “I was reminded…recently of part of the dialogue carried on…by the erudite Byzantine emperor Manuel II Paleologus and an educated Persian on the Subject of Christianity and Islam. …In the seventh conversation…the emperor touches on the theme of the holy war…saying: ‘Show me just what Mohammed brought that was new, and there you will find things only evil and inhuman, such as his command to spread by the sword the faith he preached.’”

This book is in response to these two Christian leaders, as well as Muslims who should fully understand Prophet Muhammad’s status in Islam and his actions, legacy, Prophetic Sunnah Traditions, and practices. Muslims need to know how he conducted his life and religious affairs, and mankind as a whole needs to know the man, Muhammad, how he was a father, husband, son, companion, worshipper, traveler, fighter, statesman, prophet, and educator. This book also addresses the importance of knowing his personal qualities of humbleness, generosity, forbearance, courage, modesty, knowledge, and the Sunnah he established for Muslims.

The Disaster Darwinism Brought to Humanity

365 Days with the Sahabah

A Basic Dictionary of Islam

365 Days with the Prophet Muhammad

A Biography of the Prophet of Islam in the Light of the Original Sources: An Analytical Study (2 Vols.)