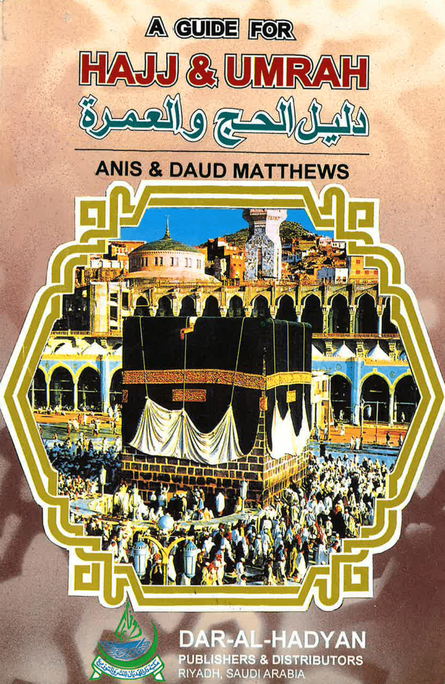 The authors have drawn on their own experience of living in Saudi Arabia for 23 years to write A Guide for Hajj and 'Umrah. It is an enlightening spiritual and practical guide for the sacred journeys of Hajj and Umrah. Its a guided tour through a number of very meaningful emotional and religious experiences. But its also so much more... It is a journey of self-discovery as well as the discovery of Islam. Its a primer on Islamic practices that will undoubtedly intrigue and captivate both Muslim and Non Muslim audiences through engaging story-telling. The text itself is well written and simple, getting straight to the heart of the matter of proper religious observance and practice on what may rightly be called the pilgrimage of a lifetime... The photographs displayed near the end of the book are astounding and original, especially for readers from Non Muslim countries, who have in all probability never before seen such sights as the spellbinding, pure-as-snow brightness of Masjid-Nabawi at night, or the sober splendor of the Prophet's Mosque. Interspersed with the practical maps, tips and guides that all pilgrims will appreciate are the most beautiful and heartfelt invocations and prayers to Allah, the Most Powerful and Compassionate, as well as a thrilling narration of Islam's early history and lore. Particularly moving and evocative is the beautifully retold beginning of sa'ee, "the struggle" as an act of absolute trust in Allah, as displayed by a desperate and lonely Hajar. Especially touching and profound is the authors recommendation to work hard on understanding the du'as recited as a pilgrim, instead of "simply carrying pamphlets and reciting them in blind fashion without understanding their meaning". Such a warning is a necessity, as casualness might well impair the sincerity of the appeal, which should come straight from the pilgrim's heart.

A Geographical History of the Qur'an

A Guide to the Contents of the Qur'an

A Hand Through the Door for My New Sister

A Hundred of the Prophet's Accepted Supplication

A Guide for the Young Muslim (BOOK 2)