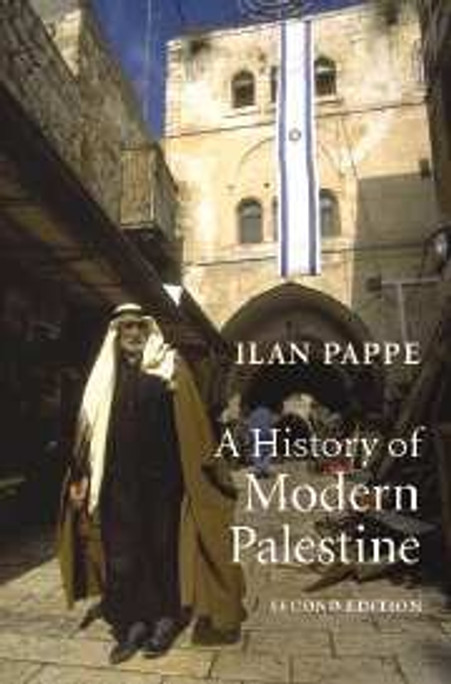 Ilan Pappes book traces the history of Palestine from the Ottomans in the nineteenth century, through the British Mandate, the establishment of the state of Israel in 1948, and the subsequent wars and conflicts which have dominated this troubled region. The second edition of Pappes book has been updated to include the dramatic events of the 1990s and the early twenty-first century. These years, which began with a sense of optimism, as the Oslo peace accord was being negotiated, culminated in the second intifada and the increase of militancy on both sides. Pappe explains the reasons for the failure of Oslo and the two-state solution, and reflects upon life thereafter as the Palestinians and Israelis battle it out under the shadow of the wall of separation. As in the first edition, it is the men, women and children of Palestine who are at the centre of Pappes narrative.

Chronology; Foreword; Acknowledgements; Introduction: a new look at modern Palestine and Israel; 1. Fin de siecle, 1856â€“1900: social tranquility and political drama; 2. Between tyranny and war, 1900â€“1918; 3. The mandatory state: colonialism, nationalization and cohabitation; 4. The 1948 war between Nakbah and Independence; 5. The age of partition, 1948â€“1967; 6. Greater Israel and occupied Palestine: the rise and fall of high politics, 1967â€“1987; 7. The Uprising of 1987 and its Consequences; 8. A Post Zionist Moment of Grace?; 9. The Suicidal Track: The Death of Oslo and the Road to Perdition; Postcript: the Post-Arafat era and the new Sharon age; Bibliography; Glossary of names; Glossary of terms; Index.

A History of Arabian Music [PB]

A Khimar for Nadia

A Light at The End of The Tunnel

A Handbook of Muslim Belief

A guide to male-female interaction in Islam

A Guide to Parenting From An Islamic Perspective