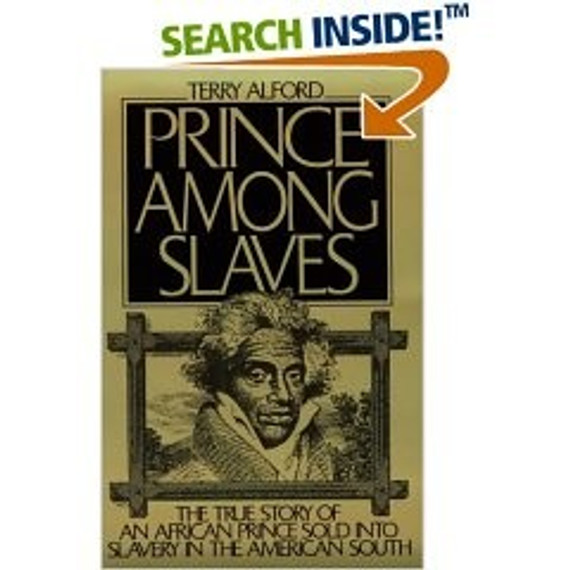 In 1807, an Irish ships surgeon recognized a slave at a Mississippi produce market as the son of an African king who had saved his life many years earlier. "The Prince," as he had become known to local Natchez, Mississippi, residents, had been captured by warring tribesmen when he was 26 years old, sold to slavetraders, and shipped to America. An educated, aristocratic slave, Abd Rahman Ibrahima was made overseer of the large cotton and tobacco plantation of his master, who refused to sell him to the doctor for any price. After 25 years of petitioning, Dr. Cox finally gained Ibrahima his freedom, through the intercession of U.S. Secretary of State Henry Clay. Sixty-six-year-old Ibrahima sailed for Africa the following year, with his wife, two sons, and several grandchildren, and died there of fever just five months after his arrival. Prince Among Slaves is the first full account of Ibrahimas life, pieced together from first-person accounts and historical documents. It is not only a remarkable story, but the story of a remarkable man, who endured the humiliation of slavery without ever losing his dignity or his hope for freedom.
Reviews
"Alford writes with a straightforward simplicity that nonetheless takes account of all sorts of complexities, including racial attitudes in this country at that time, and class attitudes as well."--The New Yorker

"Vividly re-creates a life as dramatic as a work of fiction."--Booklist

"The story moves along with the excitement, pace, and emotion of a well-paced novel."--Best Sellers

"An exceptional study. A much needed introduction to Africans as real people during the slavery era....Prince Among Slaves affirms the African heritage of Afro-Americans."--Stephen Middleton, University of Cincinnati

Slaves Of The All-Merciful

The Birth of a Prince Quran Stories

Jesus: A Prophet of God

A Prayer at Bedtime

A New Approach to the Study of the Quran