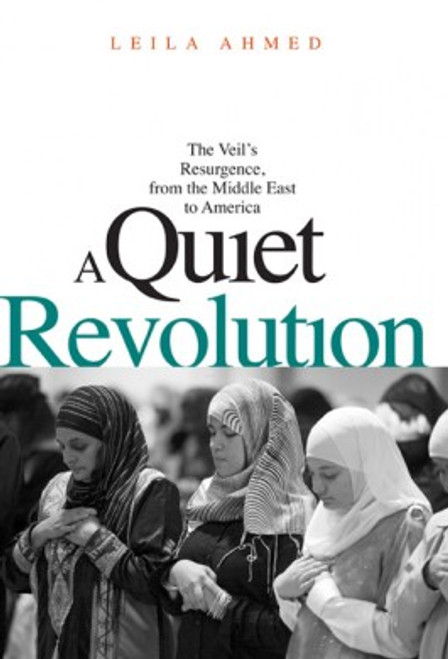 Leila Ahmed is the Victor S. Thomas Professor of Divinity at Harvard Divinity School. She is the author of Women and Gender in Islam and A Border Passage: From Cairo to Americaâ€”A Womans Journey. She lives in Cambridge, MA.

In Cairo in the 1940s, Leila Ahmed was raised by a generation of women who never dressed in the veils and headscarves their mothers and grandmothers had worn. To them, these coverings seemed irrelevant to both modern life and Islamic piety. Today, however, the majority of Muslim women throughout the Islamic world again wear the veil. Why, Ahmed asks, did this change take root so swiftly, and what does this shift mean for women, Islam, and the West?

When she began her study, Ahmed assumed that the veils return indicated a backward step for Muslim women worldwide. What she discovered, however, in the stories of British colonial officials, young Muslim feminists, Arab nationalists, pious Islamic daughters, American Muslim immigrants, violent jihadists, and peaceful Islamic activists, confounded her expectations. Ahmed observed that Islamism, with its commitments to activism in the service of the poor and in pursuit of social justice, is the strain of Islam most easily and naturally merging with western democracies own tradition of activism in the cause of justice and social change. It is often Islamists, even more than secular Muslims, who are at the forefront of such contemporary activist struggles as civil rights and womens rights. Ahmeds surprising conclusions represent a near reversal of her thinking on this topic.

Richly insightful, intricately drawn, and passionately argued, this absorbing story of the veils resurgence, from Egypt through Saudi Arabia and into the West, suggests a dramatically new portrait of contemporary Islam.

The Arab Revolution Ten Lessons from the Democratic Uprising

The Structure of Scientific Revolutions

I love too Quietly