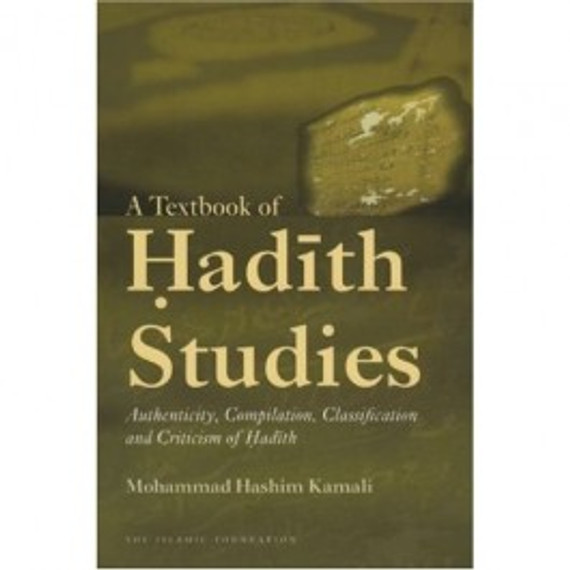 A Textbook of Hadith Studies is an authoritative book on Hadith criticism, classification, compilation and authenticity. It provides a wide-ranging coverage of Hadith methodology and literature for intermediate and advanced levels of study.

A Textbook of Hadith StudiesÂ provides an academic introduction to the Hadith, or the teachings of the Prophet Muhammad, which are second only to the Quran (Koran) in their authoritativeness within Islamic tradition. Suitable for university courses and all serious students of Islam, the topics surveyed include Hadith methodology, Hadith literature, the history of Hadith compilation and documentation, and the methods of Hadith criticism (al-jarh wa al-tadil) and classification.

Mohammad Hashim Kamali, born in Afghanistan in 1944, was a professor of Islamic Law and Jurisprudence at the International Islamic University in Malaysia, and dean of the International Institute of Islamic Thought and Civilization (ISTAC) from 1985â€“2007. He is currently chairman and CEO of the International Institute of Advanced Islamic Studies, Malaysia. He is also on the international advisory boards of eleven academic journals published in Malaysia, the United States, Canada, Kuwait, India, Australia, and Pakistan. Professor Kamali has addressed over 120 national and international conferences, and has published sixteen books and over 110 academic articles. His books includeÂ The Principles of Islamic Jurisprudence,Â Freedom of Expression in Islam, andÂ Islamic Commercial Law: An Analysis of Futures and Options.

A Time to Speak: Anectodes from Sadi Shirazi

A Taste of Patience

A to Z of Akhlaaq: Moral Values for Children

A Treasury of Quran Stories