The metropolitan Museum of art, Newyork 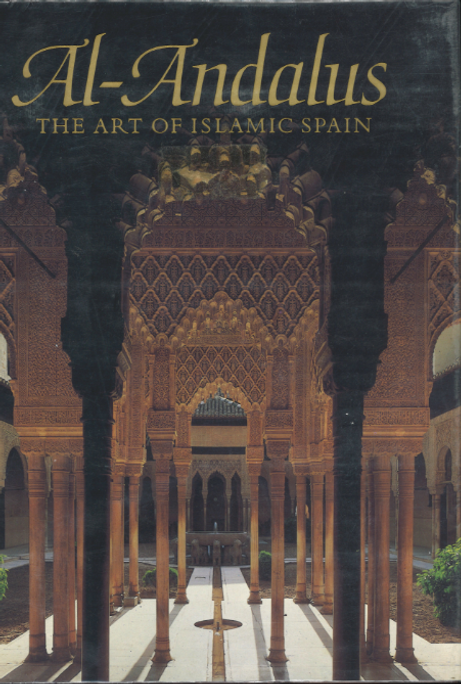 The metropolitan Museum of art, Newyork

In 711 an army of Arabs and Berbers from North Africa, united by their faith in Islam, crossed the Strait of Gibraltar and arrived on the Iberian Peninsula. In less than a decade the Muslims brought most of the peninsula under their domination; they called the Iberian lands they controlled al-Andalus. Although the borders of al-Andalus shifted over the centuries, the Muslims remained a powerful force on the peninsula for almost eight hundred years, until 1492, when they were expelled by King Ferdinand and Queen Isabella. This volume, which accompanies a major exhibition presented at the Alhambra in Granada and The Metropolitan Museum of Art in New York, is devoted to the little-known artistic legacy of Islamic Spain. From 711 to 1492 al-Andalus was the occidental frontier of Islam. Floating on the western edge of the Mediterranean, cut off from the European continent by jagged mountains, it was geographically isolated from both North Africa and Europe, from Islamic as well as Christian lands. Physical remoteness gave al-Andalus a privileged place in medieval myths but also separated it from the communities of the East and the West, so that it received only sporadic attention from both worlds. Although a small group of scholars pursued the serious study of the arts of Islamic Spain, these arts have for the most part been viewed as brilliant and exotic vestiges of a lost culture, as objects and monuments that left no mark on European tradition.

A goal of this book, the first publication in over forty years to study the art and architecture of al-Andalus in depth, is to reveal the value of these arts as part of an autonomous culture and also as a presence with deep significance for both Europe and the Islamic world. Toward this end, twenty-four international scholars have contributed a wide-ranging series of essays and catalogue entries in which the art, architecture, and cultural climate of al-Andalus are approached from a broad variety of perspectives. A significant achievement of this volume, in fact, is that it brings together American and European scholars, two groups that until now have worked largely in isolation from each other. Most of the art and architecture that remains from Islamic Spain was produced for palatine settings and aristocratic patrons, and represents almost eight centuries of history, issuing from diverse rules and traditions. The lavishly illustrated essays and catalogue entries present the full spectrum of the art of al-Andalus: intricately carved ivories, metalwork, ceramics, luxurious textiles, jewelry, arms, marble capitals, stucco panels, and tiles, as well as major monuments of religious and secular architecture such as the Great Mosque of Córdoba, the palace city of Madinat al-Zahra, and the Alhambra. The texts unfold chronologically to trace the brilliant architecture and courtly arts of the Umayyad caliphate, the refined and original accomplishments of the succeeding Taifa kingdoms, the more rigorous contributions of the Almoravids and Almohads who followed, and, finally, the opulent palaces and objects created for the Nasrids of Granada, the last Muslim dynasty in Spain. The essays are broad and synthetic in nature, creating cultural and artistic contexts for the objects that are discussed in detail in the 136 catalogue entries. Some authors interpret the relationship between patrons and works of art; others illuminate the architectural surroundings in which the objects existed as well as the meanings inherent in the pieces themselves. Still others trace developments within specific mediums, integrating recent technological and historical studies that view the function and meaning of crafts in their social and cultural contexts. An entire section of essays is devoted to the Alhambra of Granada, the crowning architectural achievement of the Nasrids. Every entry is illustrated in color. Notes, literature, an extensive bibliography, a chronology, a glossary, architectural plans, mmaps showing the extent of al-Andalus at various stages in its history, and an index are provided. Thus, the volume addresses a general as well as a specialized audience and serves both as an introduction to the visual world of a nearly vanished culture and as a point of departure for future scholarly study. [This book was originally published in 1992 and has gone out of print. This edition is a print-on-demand version of the original book.]

The Art of Islamic Banking and Finance

A History of Islamic Spain

Al Ashkal (in Arabic for Kids )