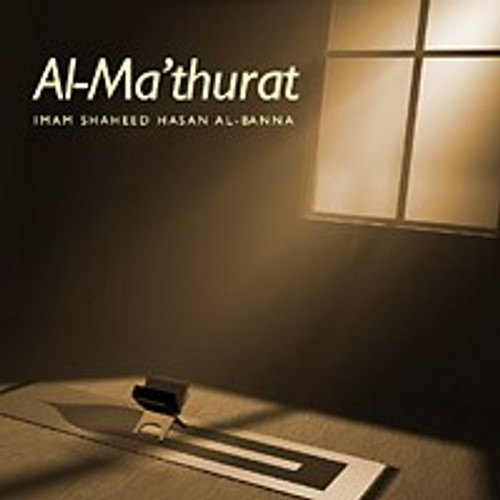 Al-Mathurat (CD) Imam Shahid Hasan al-Banna Al-Mathurat is a compilation of important Quranic verses and the authentic ahadith. It is presented in the form of a wird (litany) to be recited every morning and evening. Al-Mathurat was compiled by Imam Shahid Hasan al-Banna, the founder of the Muslim Brotherhood, who strove to establish the perpetual remembrance of Allah in all spheres of life. For truly, such is the way for the hearts to attain spiritual equilibrium and tranquility. About the Author Imam Hasan Al-Banna born in Egypt (1906-1949). He is the founder of al Ikhwan al-Muslimun (The Muslim Brotherhood) - the largest Islamic Movement of our time. He studied Hadith, Fiqh and other Islamic Sciences under his father Shaykh Abdur Rahman al-Banna and under many other notable scholars. He graduated from Darul Ulum, Cairo and worked for many years as a teacher. Due to his dawah and revival efforts Imam al Banna is considered by many Muslim scholars and thinkers as the mujaddid (reviver) of the 20th Century. He was assassinated and martyred in 1949.