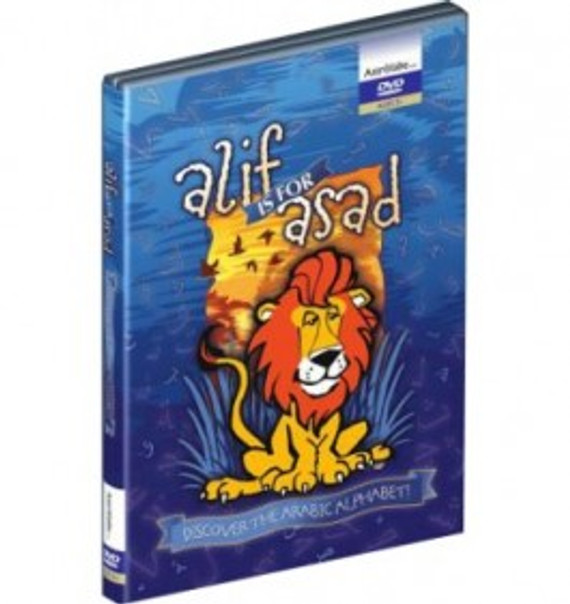 Â Finally! A fun way to learn the Arabic alphabet!

With catchy songs and colorful graphics Alif is for Asad teaches and reinforces the correct identification and pronunciation of the letters in the Arabic alphabet.

In Zoo Trip youll have your first encounter with the alphabet, listen to "Alif is for Asad" and learn the Arabic names of 28 different animals.

Animal Words reinforces the letters and vocabulary of the Zoo Trip, with a child host introducing each letter, repeating the name of the animal that starts with it - and reminding us of their English names too!

Letters in Space stresses recognition of the letters, in their order in the alphabet. Through computer animation we travel through space to recover the alphabets, in proper order, after they have been scattered throughout the galaxies by a meteor.

Phabulous Phonics concentrates on proper pronunciation of the letters through an upbeat song that explains which letters have counterparts in English and which dont. This segment features unique stop-motion animation.

Arabic Achievement, initiates the learning of Arabic grammar through a fun circus-style song, similar to "Alif is for Asad", but entirely in Arabic. Children eagerly and easily memorize the song, and also quickly learn the meaning of the Arabic verses.

Message of the Quran - Translated and Explained by Muhammad Asad