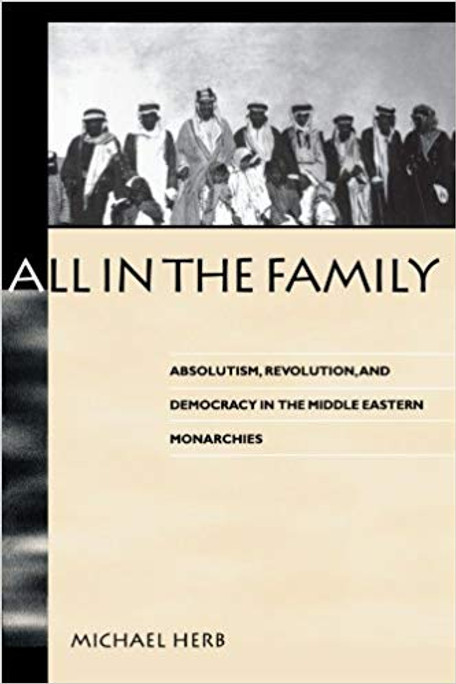 A new and provocative argument about monarchism in the Middle East.

"One of the most insightful and important contributions of the book lies in its well-articulated critique of the (simplistic) 'rentier state' theory, which attributes the resilience of Gulf regimes to their oil wealth and consequent ability to buy off the opposition. Such a critique is long overdue. The author's arguments and evidence to challenge the rentier theory should by themselves ensure that this book will receive much attention."-- Guilain Denoeux, Colby College

Michael Herb proposes a new paradigm for understanding politics in Saudi Arabia and the Gulf. He critiques the theory of the rentier state and argues that we must put political institutions--and specifically monarchism--at the center of any explanation of Gulf politics. All in the Family provides a compelling and fresh analysis of the importance of monarchism in the region, and points out the crucial role of the ruling families in creating monarchal regimes. It addresses the issue of democratization in the Middle Eastern monarchies, arguing that the prospects for the gradual emergence of constitutional monarchy are better than is often thought.

Allah An Explanation of the Divine Names and Attributes

All About Akhlaaq : Hard Cover

Allah is Known Through Reason [DVD]

Allah is Known Through Reason [VHS]

Allah is Known Through Reason