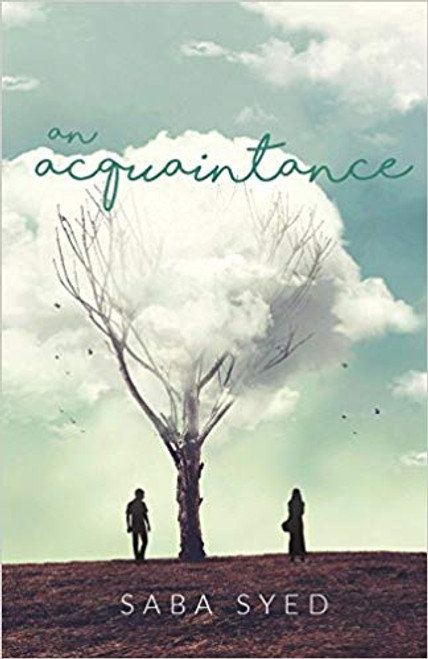 An exciting story of a smart, driven young Muslim girl living in small town America who falls for the new guy at her high school. Family and friends misunderstand their developing relationship and Sarah struggles to be faithful to her moral code. As rumors of miscoduct cresando throughout the school year, what will become of their mere acquaintance...or is it more?

A book I have recently read and somewhat enjoyed was An Acquaintance by Saba Syed. In short, the book is about a young hijabi who is in her last year of high school in a small town. Sarah is smart, outgoing, bold, and most importantly, strong in her faith and beliefs. Then a soccer star moves into town and all the girls are instantly infatuated. Sarah isn’t at first, but when Jason saves her from bullies and protects her from Muslim haters, she finds herself opening up to him, and that is how their friendship begins. They continue to spend more and more time together when Jason asks Sarah for tutoring sessions. As the book progresses, Sarah realizes that their mutual feelings have developed to a point that is completely and ethically wrong. She tries to find the strength to sever all ties with Jason, who is harbouring the hope that their friendship could be taken to a different level. She asks him to convert so they can get married, but he refuses. At the end, Sarah’s faith in God is stronger than her desires, and she turns away from Jason with the belief that he was a test from God and that He must have something better in store for her.
This book, like every book, had a good side as well as flaws. I liked how the author portrayed Sarah as strong, bold, and passionate about her religion, and I also liked how the conflict in the story was realistic and Sarah’s struggles relatable. The setting was complementary to the story, the overall plot engaging and smooth. However, I did not like some specific parts of the story. For example, when Jason held Sarah’s hand, she was later shocked that she didn’t pull her hand away, implying that she disapproved of physical interactions with the opposite sex. But she seemed to think it was okay to sit next to one of her male friends with their legs touching. These two moments are contradictory to one another and make us question Sarah’s true beliefs. Another thing I didn’t like was how the males in the book were portrayed. Sarah’s older brother is aggressive, extreme, and sometimes even harsh. Sarah’s father is extremely lax and lenient. Even though he is aware of Sarah’s interactions with Jason, he does nothing to stop it and simply tells her to make her own mistakes. They are completely opposite and offer Sarah no real guidance in her difficulty. Another Muslim male in her school is shown as golden in his family’s eyes but in reality he’s always out clubbing, has a girlfriend, and does many things that contradict Islam and its principles.
All in all, I would give this book a 3 out of 5. It’s nice to have books with main characters that are strong and confident in their Muslim identities rather than being Muslim by name simply to create diversity. I did enjoy this book and hope the author continues her good work!