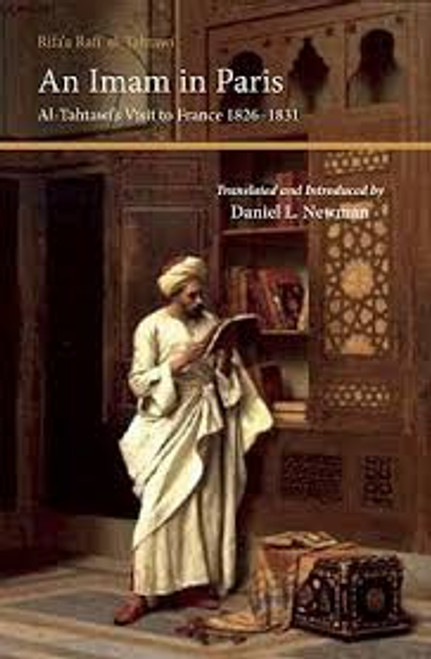 An Imam in Paris lets us share the responses of a highly intelligent scholar ... Daniel L. Newman is to be congratulated on making the first translation into English of this remarkable book, and on supporting the text with a first-class introduction and with footnotes that are as full as one could wish"—Times Literary Supplement

"A touchstone for thinking about the tangled relations between Islam and modernity ... the most amazing and entertaining curiosity"—Matthew J. Reisz, Jewish Quarterly

In the 1820s, Rifa'a Rafi' al-Tahtawi, a young Muslim cleric, travelled to Paris as a leading member of the first Egyptian educational mission, where, during a stay of five years, he documented his observations on European culture.

His account, Takhlis al-Ibriz fi Talkhis Bariz (The Quintessence of Paris), is one of the earliest and most influential records of the Muslim encounter with Enlightenment-era's European ideas, introducing ideas of modernity to his native land. Al-Tahtawiâs work offers invaluable insight into early conceptions of Europe and the "Other". His observations are as vibrant and palpable today as they were over one hundred and fifty years ago; informative and often acute, to very humorous effect.

An irrefutable classic, this new edition of the first English translation is of seminal value. It is introduced and carefully annotated by a scholar fluent in the life, times, and milieu of its narrator.

Daniel L. Newman is professor of Arabic and course director of the master's program in Arabic-English Translation and Interpreting at the University of Durham. His other works include Modern Arabic Short Stories: A Bilingual Reader (with Ronak Husni, Saqi Books, 2008).

The Duties of an Imam

The Lawful and the Prohibited in Islam (HC)