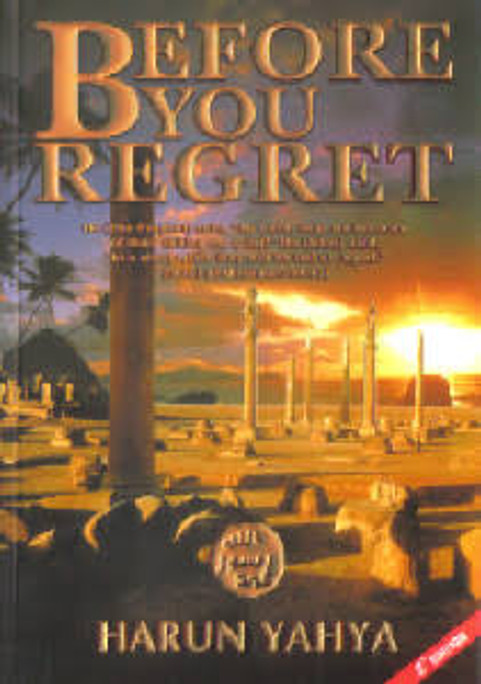 Those people who do not believe in Allaah ofter feel regret throughout their lives, commonly using phrases like "I wish I had not done this...", "I wish I had never said this...", and so on. More importantly, they are subject to a much greater regret in the Hereafter. Those who lived a life apart from religion in this world will regret every moment of their lives. They were warned before and invited to the straight path. They had enough time to contemplate and embrace the right way. Yet they did not listen when they were warned, ignoring the Hereafter as if they would never die. Then in the Hereafter, they will have no chance to get back to this world and correct their errors. The aim of this book is to warn people against a day when they will regret, saying "had we only understood...", "had we only not rejected the signs of our Lord...", "had we only followed those who brought us the message...", etc., and to invite them to live for Allaah while they still have the chance to correct their wrongs.

Before the Light Dvd

Before the Wedding: Questions for Muslims to Ask Before Getting Married

Before You Tie the Knot: A Guide for Couples

The Signs Before The Day Of JUDGEMENT

Before You Tie the Knot: A Guide for Couples

Before the Wedding: Questions for Muslims to Ask Before Getting Married

Before the Light Dvd

A Question Of Genocide