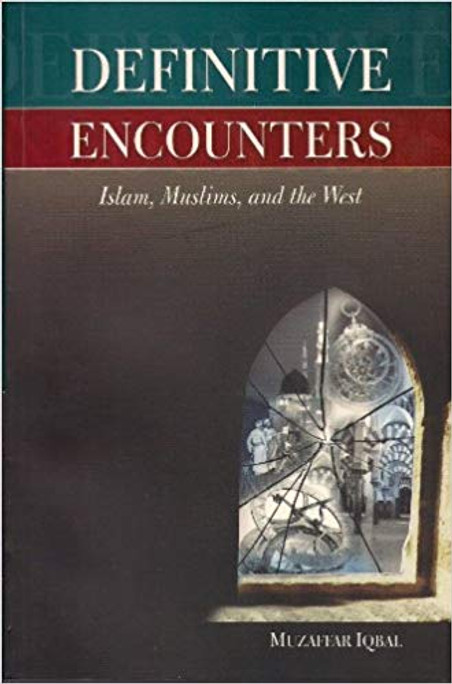 Islam, Muslims, and the West explores various dimensions of Islam, provides insights into the making of the contemporary Muslim world, and brings into sharp relief some of the more hidden aspects of the encounter between Islam, Muslims, and modern Western civilization. These encounters are viewed from the perspective of sacred history-a view of history which takes all events at the human plane as a continuum of the story of humanity, which began with the descent of Adam to Earth. Seen through this prism, contemporary global conflicts gain a degree of depth that is often lacking in secular approaches. The prism through which contemporary events are seen is constructed by tapping into the primary sources of Islam-the Qur'an and the Sunnah-as well as the early history of Muslims and the traditional Islamic view of the cosmos and the human condition. Divided into three major themes, Definitive Encounters builds a compelling case for seeing the contemporary situation of the world as a continuity of an old conflict between those who believe in the Creator and those who do not. It argues that the forces of globalization, the unprecedented reach of modern science and technology, and the insatiable craving of certain Western powers for dominance, power, and wealth are now playing a major role in producing a global calamity of apocalyptic proportions. In addition to its insights into the relationship between Islam, Muslims, and the West, Definitive Encounters is also a bold and accessible study of the contemporary Muslim world, rent asunder as it is by its encounter with modernity. The book describes various facets of the internal crises of the Muslim world and its increasing alienation from its own spiritual roots through numerous experiential aspects of the Muslim world which often remain unexplored.

What is Islam Who are the Muslims?

Understanding Islam and the Muslims ....USED

Descisive Moments in the History of Islam

Description Of Paradise In The Glorious Qur'an