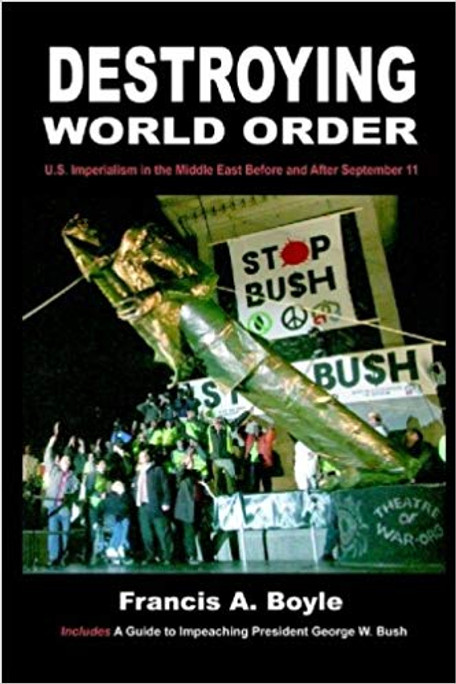 Since the war in Afghanistan and Operation Iraqi Freedom, Americans have been surprised to learn that much of the world now views the United States itself as a major threat to global peace. This book addresses the imperial dimensions of U.S. policy in the Middle East, past and present, which may help to account for these views. Francis A. Boyle's hard-hitting analysis reveals a history of American intervention which has led to havoc in the region and destabilization of the international system as a whole. He examines U.S. assistance to Iraq during the Iran/Iraq war, U.S. conduct of the 1990 Persian Gulf War, and the recent wars in Afghanistan and Iraq in relation to their violation of the laws of neutrality, humanitarian law, the laws of war-and the U.S. Constitution. By the time of the presidency of George W. Bush, American foreign policy had evolved to the public assertion of the right to preemptive strike, and its actual implementation. "In international legal terms, the Bush Jr. administration should be viewed as constituting an ongoing criminal conspiracy under international criminal law in violation of the Nuremberg Charter, the Nuremberg Judgment, and the Nuremberg Principles, due to its formulation and undertaking of war policies which are legally akin to those perpetrated by the Nazi regime in pre-World War II Germany." -- Francis A. Boyle

Dialogue Between Christians and Muslims (Part I)