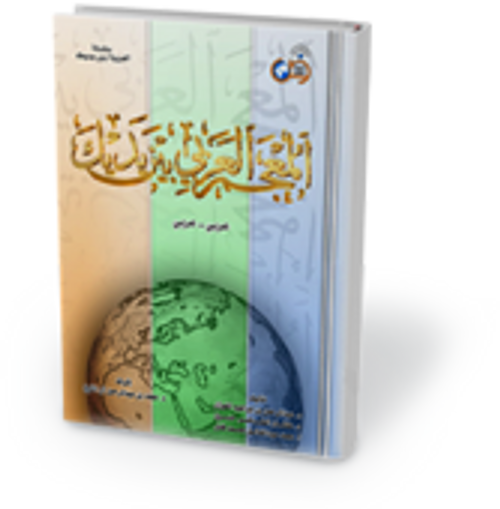 Arabic Dictionary At Your Hands Illustrated Arabic/Arabic Dictionary It is designed to serve Arab students in different stages along with other student of different languages It contains more than 7000 Arabic terms and expressions (the most common in Arabic) It is arranged alphabetically. The terms are chosen based on its importance for the student Various source of terms, Holly Quran, Holly Hadith, poetry, proverbs, and daily language. Its terms have been fully explained using different ways, including: synonymity and antinomy, along with illustrative examples from the Holly Quran, Holly Hadith, and simple sentence. Using pictures for more illustration. There are 1600 colored pictures. It contains all the vocabularies of the series in addition to other common vocabularies. Benefit has been made of other techniques used in making other dictionaries. It contains appendices that comprise a collection of language information in grammar, dictation and punctuation.