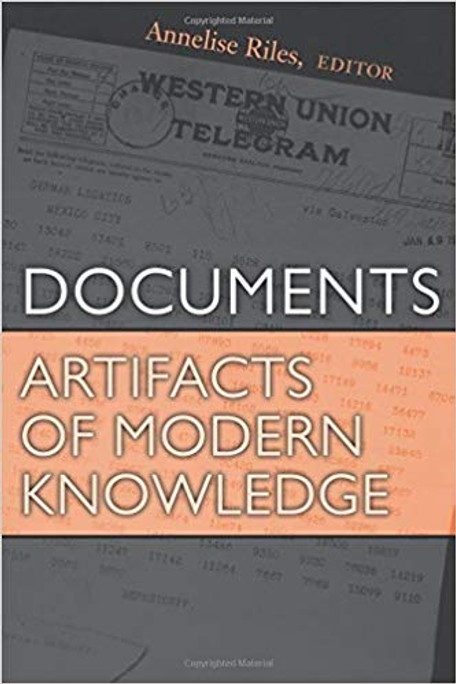 Documents reflects on the new challenges to humanistic social science in a world in which the subjects of research increasingly share the professional passions and problems of the researcher.

Documents are everywhere in modern life, from the sciences to bureaucracy to law; at the same time, fieldworkers document social realities by collecting, producing, and exchanging documents of their own. Capping off a generation of reflection and critique about the promises and pitfalls of ethnographic methods, the contributors explore how ethnographers conceive, grasp, appreciate, and see patterns, demonstrating that the core of the ethnographic method now lies in the way ethnographers respond to, and increasingly share the professional passions and problems of, their subjects.

"Sophisticated and provocative. The original and unique focus of this volume effectively opens up a new arena of critique that will move ethnography and qualitative inquiry forward in a way that few other works do."
―George Marcus, Department of Anthropology, Rice University

"This edited collection asks how an understanding of documentary forms sheds light on the creation and circulation of modern forms of knowledge, expertise, and governance. This is a major intervention in how we understand the everyday practice and techne of the documentary impulse and documentary apparatuses of law, bureaucratic review, and other institutions of modernity, as well as linguistic anthropology, literary theory, and law. The topic of Documents is not just of interest because of epistemological quandaries in the human sciences over textualization and interpretation, but also because the domains to which we increasingly turn our attention are themselves auto-documentary."
―William M. Maurer, Chair and Associate Professor, Anthropology, University of California, Irvine

Annelise Riles is Professor of Law and Anthropology at Cornell University.

The Islamization of Knowledge : Yesterday and today

Does My Head Look Big in This?

Doostan ( A book for my children )