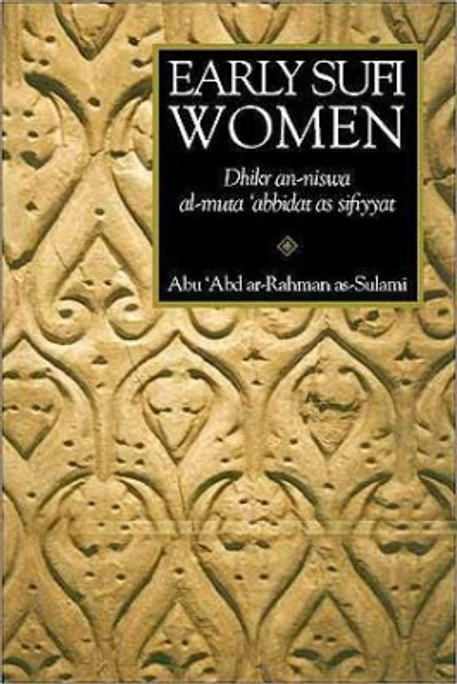 Early Sufi Women is the earliest known work in Islam devoted entirely to womens spirituality. Written by the Persian Sufi Abu Abd ar-Rahman as-Sulami (d. 1021), this long-lost work provides portraits of eighty Sufi women who lived in the central Islamic lands between the eighth and eleventh centuries C. E. As spiritual masters and exemplars of Islamic piety, they served as respected teachers and guides in the same way as did Muslim men, often surpassing men in their understanding of Sufi doctrine, the Quran, and Islamic spirituality. Whether they were scholars, poets, founders of Sufi schools, or individual mystics and ascetics, they embodied a wisdom that could not be hidden.

This important addition to the growing body of literature examining the historical presence of women in Islam is the first translation into English of a rare study of eighty-two Sufi women by the tenth-century Iranian scholar as-Sulami. The author was known primarily for his studies on Sufi chivalry and the malamitiyya (the Sufi order following "the way of blame," of which his father was a member), as well as a biographical compendium of the lives of one hundred Sufi men. Originally believed to be an appendix to that work, these brief life-stories of Sufi women are now thought to form an independent work, one which scholars long feared lost--with only references in other sources--until a manuscript was found in a university library in Riyadh, Saudi Arabia in 1991. An Arabic edition was published in 1993. This edition contains the original Arabic as well as Rkia Elaroui Cornells translation, along with her extensive footnotes and introduction, which put the work into the context of as-Sulamis life and times and Sufism in general. Cornell has included as an appendix her translation of a similar study of Sufi women, written some two hundred years later by Ibn al-Jawzi.

This book will be welcomed by all scholars working on the early history of Islam, especially those interested in gender issues. Not only does it provide a careful translation of one of the earliest collections of anecdotes about saintly women, it also provides an historical analysis of the role of women in Sulamis time and copious footnotes filled with information on the early personalities and technical discussions of Sufism.

DVD SET: 20 Individual Dvds of Harun Yahya **NEW**(Based on The

From Dunya To Deen Dvd

Dua: The Weapon of the Believer