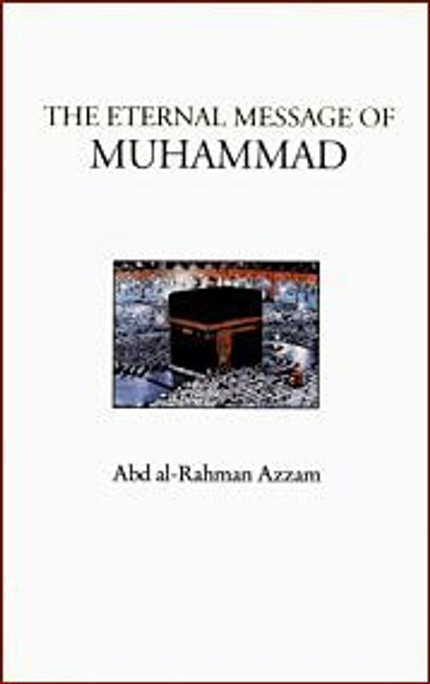 The Eternal Message of Muhammad
ABD AL-RAHMAN AZZAM
This translation into English of a great Islamic classic offers the western world a simple yet profound interpretation of Islam. Drawing upon years of unparalleled experience in diplomacy and government, Azzam examines the social and economic ramifications of the Muslim state, one based on humane ideals of law and justice expressed in the Qurâ€™an, and one which can provide the foundation for a just society. Abd al-Rahman Azzam (1893-1976) is generally considered as the father of the Arab League. He served as the Leagueâ€™s first Secretary-General between 1945-52 as well as distinguishing himself in a long career as an ambassador and parliamentarian. As Vincent Sheean points out in his introduction, â€˜In Damascus as well as in Djakarta, Istanbul and Baghdad, this man is known for valour of spirit and elevation of mind...He combines in the best Islamic mode, the aspects of thought and action, like the Muslim warriors of another time who are typified for us Westerners by the figure of Saladin.â€™ Malcolm Xâ€™s reading of The Eternal Message of Muhammad and his meeting with Azzam Pasha are vividly recounted in his Autobiography. It is clear that these events marked the point in his life at which Malcolm X turned towards orthodox traditional Islam.

â€˜One of the great statesmen of contemporary Islam.â€™ The New York Times

Message of the Quran - Translated and Explained by Muhammad Asad

Ever Thought About the Truth?

Etiquette with the Quran

Everything Points to Allah - Living Beings And Their Abilities

Everything Points to Allah - Nature And Technology