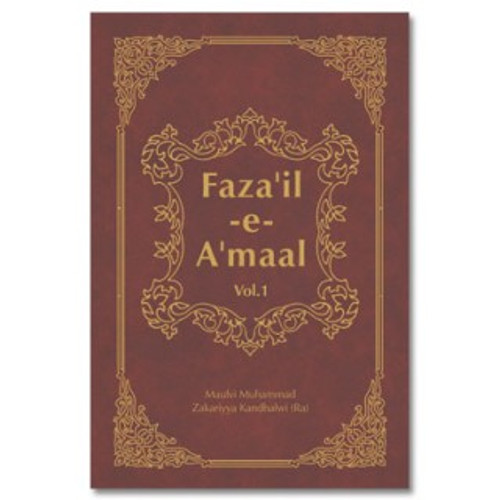 The Fazaâ€™il-e-Aâ€™maal was written by the world famous Shaikhul Hadith Maulana Muhammad Zakariya Kandhalvi (r.a.). An English translation of the title is Virtuous Deeds. The text consists of selected verses of the Qurâ€™an, Ahadith, commentary thereon, and other material. It was originally written in Urdu but has been translated into English, Arabic, Persian, Bengali, and many other languages. It is particularly popular in Pakistan and India. Fazaâ€™il-e-Aâ€™maal is a compilation of seven books and each book has been divided into several Chapters.

The first part is â€˜Stories of Sahabahâ€™ which presents an account of the Companions of the Holy Prophet (s.a.w.). In the foreword Shaikhul Hadith Sahab (r.a.) writes: â€œThe main idea underlying this behest was that Muslim mothers, while going to bed at night, instead of telling myths and fables to their children, may narrate to them such real and true tales of the golden age of Islam that would create in them an Islamic spirit of love and esteem for Sahabah, and thereby improve their â€˜Imaanâ€™; and the proposed book may, thus, be a useful substitute for the current story books.â€