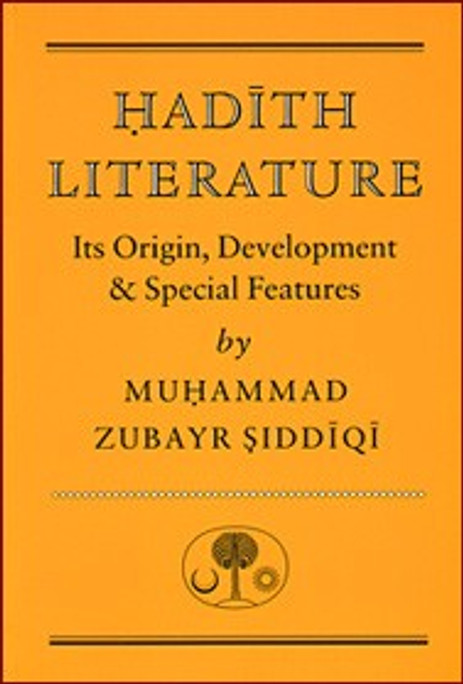 Its Origins, Development & Special Features
MUHAMMAD ZUBAYR SIDDIQI
The hadith, the sayings attributed to the Prophet Muhammad, form a sacred literature which for the Muslims ranks second in importance only to the Qurâ€™an itself. As a source of law, ethics and doctrine, the vast corpus of hadith continue to exercise decisive influence. Islamic scholarship has hence devoted immense efforts to gathering and classifying the hadith, and ensuring their authenticity. This book is the only introduction in English which presents all the aspects of the subject. It explains the origin of the literature, the evolution of the isnad system, the troubled relationship between scholars and the state, the problem of falsification, and the gradual development of a systematic approach to the material. This edition is a fully revised and updated version of the original, which was first published in 1961 to considerable scholarly acclaim. Muhammad Zubayr Siddiqi was Professor of Islamic Culture in the University of Calcutta.

â€˜An excellent introduction to the subject, presenting it with considerable detail.â€™
James Robson (The Muslim World)

â€˜Professor Siddiqi is to be congratulated on this richly documented and highly readable book.â€™ S. D. Goitein (Journal of the American Oriental Society)

Literature on Hadith in European Languages: A Bibliography

Goodnight Stories from the Life of the Prophet Muhammad

Guidance from the Holy Quran