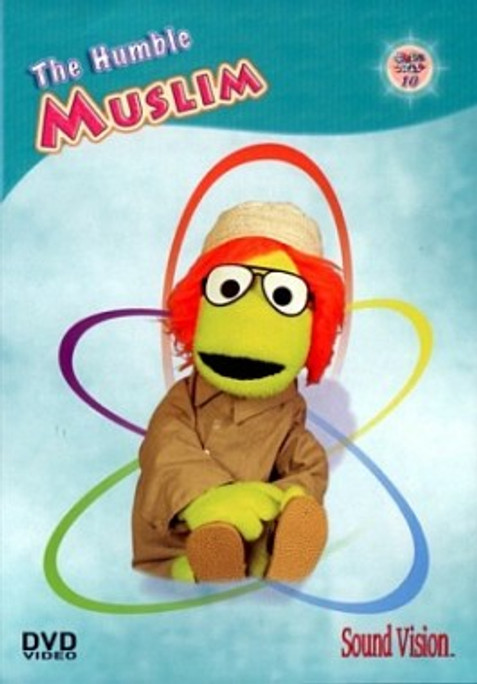 Adams World 10: The Humble Muslim (DVD) When Asad plays a joke on Adam, making him thing hes a world famous talk show host, Adam believes it! That leads to a change in hairstyle and attitude for Adam, who then has to learn that a good Muslim is a humble Muslim. This is the tenth episode of the world famous Adams World childrens video series,NOW AVAILABLE ON DVD what some call the Muslim Sesame Street This DVD is ideal for children between the ages of 2 and 9. It teaches Islamic values in a fun and lively way that is almost sure to keep kids watching. Adam is a friend to children, someone who they can relate to and learn from. This first video features a wide range of concepts about Islam and Muslims. In Adams World 10, Adam learns that a persons true worth is not based on fame and fortune but on ones character and humility. Adam also realizes that modest behavior and conduct are essential to the Islamic way of life. Other highlights in the program include: two terrific songs, wonderful 3-D animation about the Arabic letter dal and the belief in Dua (or supplication) to Allah, the importance of avoiding arrogance and much more. The Humble Muslim is a must for any fan of the Adams World series. Read this review of The Humble Muslim: HUMBLE MUSLIM brings religious values to kids Adam is a Muslim boy puppet whos the star of a series of videos designed to teach religious values to children ages 2 to 9. Many of the videos use humour to educate, combining skits with catchy spiritual songs. Theyre the kind of videos that parents enjoy watching with their children. However the latest entry, The Humble Muslim, isnt as good as others in the series. Much of the humour is strained, though little children may not mind. The story hinges around a prank that convinces Adam that he is famous. It goes straight to his head and he loses sight of the tenets of his faith. In the end of course, he sees the light and realizes that a persons true worth is not based on fame and fortune, but on character and humility. The story is interspersed with a nicely done music video celebrating Gods creation. -Adams World,The Humble Muslim, by Sound Vision as reviewed by Susan Hogan of the Minneapolis Star Tribune,May 1999.

Obligation on the Muslims DVD

Responsibilities of the Muslim Women (DVD)

I Became a Muslim

How Can I Get Closer to Allah