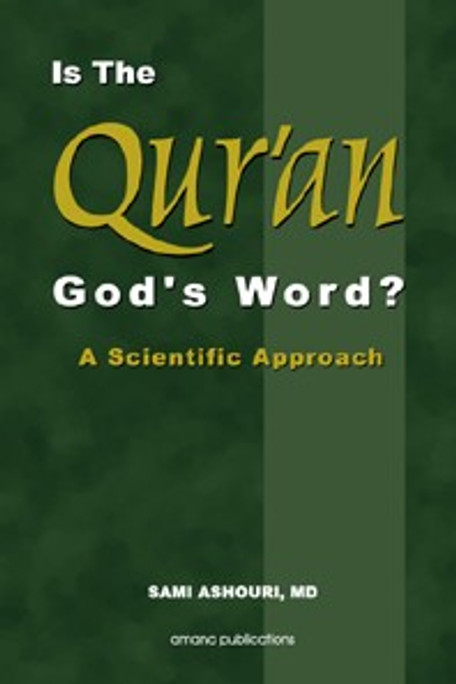 IS THE QURAN GODS WORD? A Scientific Approach By Dr. Sami Ashouri, MD With his scientific background, Dr Sami Ashouri took nothing for granted unless substantiated by scientific means. When he first studied the Quran, the first question to come to his mind was: How do we know this is not the work of a human being? He observed statements, interspersed throughout the book, which drew his attention and carried him on a journey of scientific research and exploration that lasted several years. He presents his findings to the reader in this book wherein he has described modern scientific data with clarity and devoid of any complexity. He takes the reader on interesting journeys through ancient and medieval accounts to show how mankind arrived at modern scientific discoveries. Finally, he draws specific conclusions as to the similarity between these Quranic statements and modern day scientific discoveries. Dr. Ashouri then leaves it up to the reader to answer, for his own, the question, Could these statements have been made, in the seventh century, by a human being? or as differently stated, Is the Quran Gods word? . Dr. Sami Ashouri A diplomat of the American Board of Internal Medicine in Internal Medicine and in Nephrology, Dr. Sami Ashouri is a Fellow of the American College of Physicians and an honorary member of Distinguished Physicians of America. He is the author of many specific and medical articles and a professional book titled The Physicians Guide to Practice Location. He is well versed in both Arabic and English languages.

Isabella: A Girl of Muslim Spa