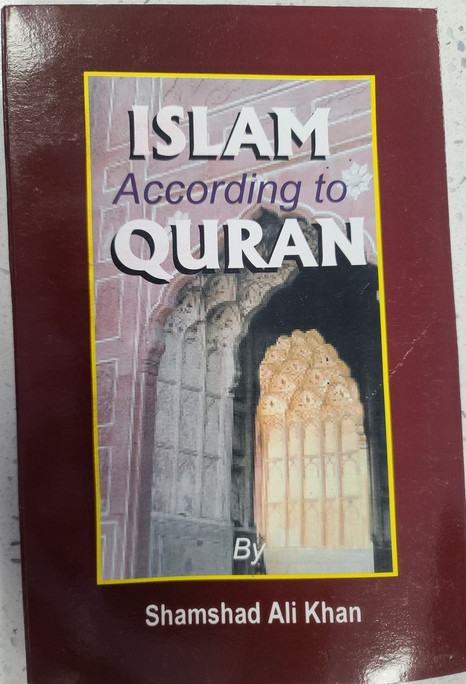 This is a book written by Shamshad Ali Khan, who says in his preface: Though many books in English are available in the market on various topics of Islam, there is a need for a concise book which contains all Commandments of Allah as mentioned in the Quran in easy to understand English, and which could be read even by the busiest young muslim. This book has been written from the above point of view. All quranic commandments which are essential for every muslim are included. Only those authentic Sunnah of the Prophet are included which complement Allah's Commandments. This book is written especially for young muslims living in Christian dominated countries, though it can be equally useful for all muslims who have no time to study Islamic Shariah in detail. It should not be considered as a substitute for scholarly treatise on Islam. This book explains only the clear Commandments, leaving out controversial topics, which can be investigated by each individual himself, if he so desires. It is Allah who opens the hearts of those who HE wants to guide to the right path.

Prophets of Islam in Noble Quran

Fast According to the Quran & Sunnah

The Daughters of the Prophet Muhammad