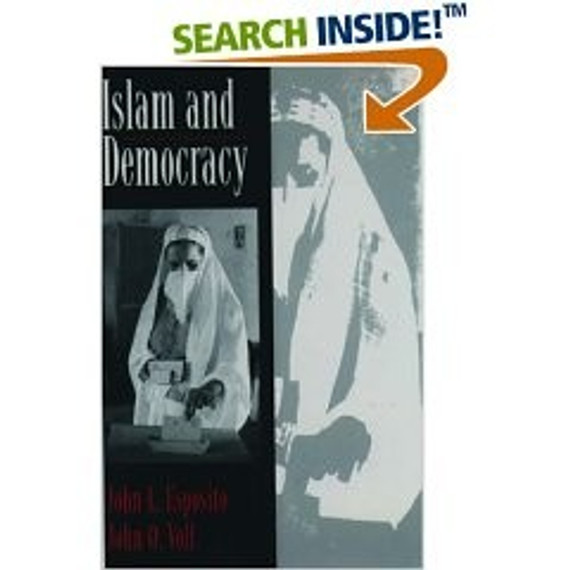 Religious resurgence and democratization have been two of the most significant developments of the last quarter of the twentieth century. Frequently they work together; other times they are at odds. In the Muslim world, this relationship is of special importance because of the strength of the Islamic resurgence, and the intensity of Muslim demands for greater popular participation in political processes.

Esposito and Voll use six case studies to look at the history of this relationship and the role played by new Islamic movements. At one end of the spectrum, Iran and Sudan represent two cases of militant, revolutionary Islam opposing the political system. In Algeria and Malaysia however, the new movements have been legally recognized and made part of the political process. The authors identify several important factors, such as the legality or illegality of the new Islamic movements and the degree to which they cooperate with existing rulers, as being key to understanding the success or failure of these movements. Still, the case studies prove that despite the commonalities, differing national contexts and identities give rise to differences in agenda and method.

This broad spectrum of experience contains important lessons for understanding this complex and subtle relationship, and will also provide insight into the powerful forces of religion and democracy in a broader global context. Reviews
"Just the kind of volume one would expect from two of Americas leading scholars of Islam, and the timing is propitious."--Arthur L. Lowrie, University of South Florida

"The books depth of analysis regarding the complex and dynamic relationships between Islamic resurgence and democratization is essential to any understanding of the transformation of Islamic societies in the current global context. Esposito and Voll make their case very elegantly and cogently, and support their arguments with meticulously investigated case studies."--The Review of Politics

"The authors weigh in with a nuanced, complex, and well-reasoned argument, and the book is highly recommended for general and academic readers seeking further light on this subject."--Choice

"An excellent book for undergraduate courses on Islam or the Middle East. The authors do a good job of explaining the diversity of Islamic experience."--Nader Entessar, Spring Hill College