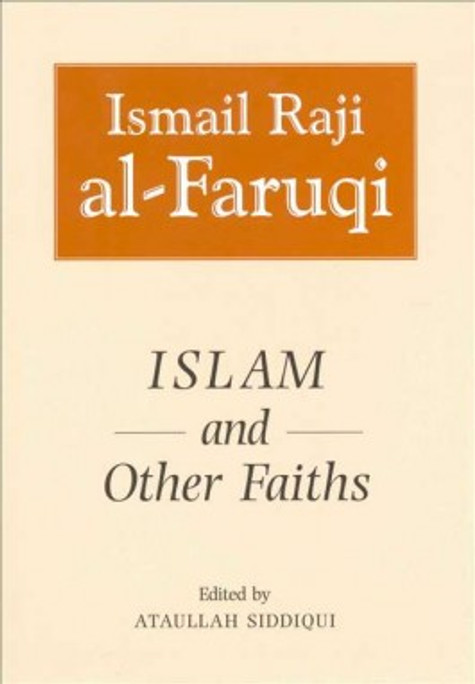 Islam & Other Faiths (Paperback) by Ismail Raji al-Faruqi Edited by Ataullah Siddiqui Publisher: The Islamic Foundation Collected in this volume are the late Ismail al-Faruqiâ€™s articles written over a span of two decades which deal with Islam and other faiths, Christianity and Judaism in particular. The book provides a good cross-section of al-Faruqiâ€™s contribution to the study of comparative religion and covers a wide spectrum of inter-religious issues, including commonality and differences between Islam, Christianity and Judaism, Muslim and non-Muslim relations, and the issue of Mission and Daâ€˜wah. A fascinating study by an engaging and challenging activist-scholar of our time. At the dawn of the twenty-first century, the relationship of Islam to other faiths has never been more important. Globalization and significant presence and force of Islam in the Muslim world and the West make civilizational dialogue an imperative. Ismail al-Faruqi provides a model to be emulated.