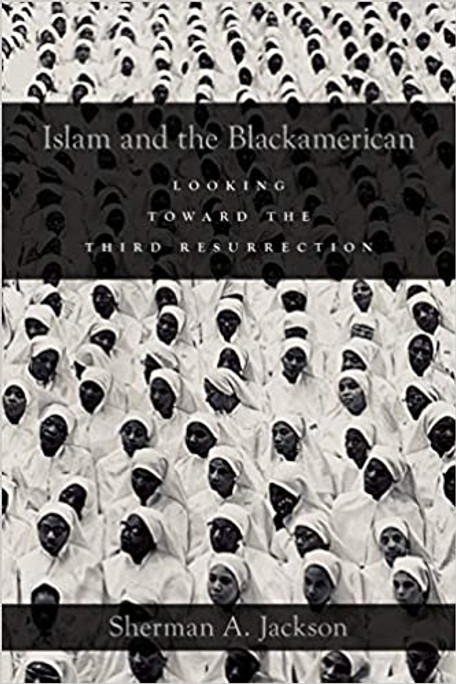 Sherman Jackson offers a trenchant examination of the career of Islam among the blacks of America. Jackson notes that no one has offered a convincing explanation of why Islam spread among Blackamericans (a coinage he explains and defends) but not among white Americans or Hispanics. The assumption has been that there is an African connection. In fact, Jackson shows, none of the distinctive features of African Islam appear in the proto-Islamic, black nationalist movements of the early 20th century. Instead, he argues, Islam owes its momentum to the distinctively American phenomenon of "Black Religion," a God-centered holy protest against anti-black racism.
Islam in Black America begins as part of a communal search for tools with which to combat racism and redefine American blackness. The 1965 repeal of the National Origins Quota System led to a massive influx of foreign Muslims, who soon greatly outnumbered the blacks whom they found here practicing an indigenous form of Islam. Immigrant Muslims would come to exercise a virtual monopoly over the definition of a properly constituted Islamic life in America. For these Muslims, the nemesis was not white supremacy, but "the West." In their eyes, the West was not a racial, but a religious and civilizational threat. American blacks soon learned that opposition to the West and opposition to white supremacy were not synonymous. Indeed, says Jackson, one cannot be anti-Western without also being on some level anti-Blackamerican. Like the Black Christians of an earlier era struggling to find their voice in the context of Western Christianity, Black Muslims now began to strive to find their black, American voice in the context of the super-tradition of historical Islam. Jackson argues that Muslim tradition itself contains the resources to reconcile blackness, American-ness, and adherence to Islam. It is essential, he contends, to preserve within Islam the legitimate aspects of Black Religion, in order to avoid what Stephen Carter calls the domestication of religion, whereby religion is rendered incapable of resisting the state and the dominant culture. At the same time, Jackson says, it is essential for Blackamerican Muslims to reject an exclusive focus on the public square and the secular goal of subverting white supremacy (and Arab/immigrant supremacy) and to develop a tradition of personal piety and spirituality attuned to distinctive Blackamerican needs and idiosyncrasies.

God and the Life Hereafter