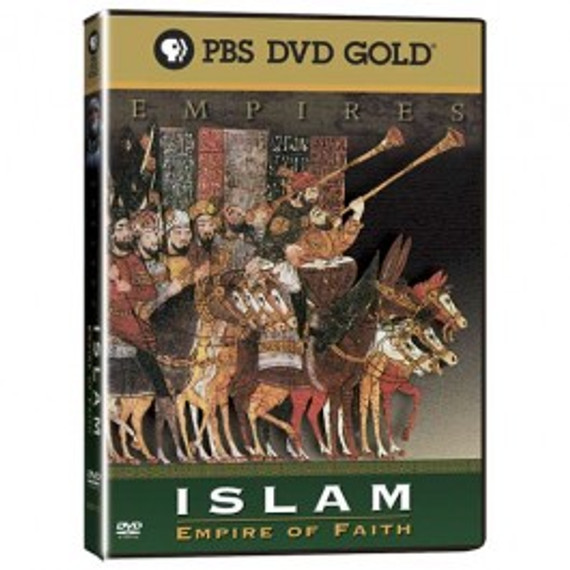 The Making of Islam: Empire of Faith
by Robert Gardner, Producer

The production of Islam: Empire of Faith was a big challenge from the beginning, simply because it covered more than a thousand years of history and culture, and a very large part of the world.

But we really wanted to push beyond the conventional form of historical documentaries, which have depended on pans and tilts of still pictures, supplemented with landscapes and interviews. We wanted to find a way to use the visual techniques usually reserved for fiction motion pictures to tell a story of great scope that took place in pre-photographic history. This meant the project would require very large scale costumed re-enactments and equipment far beyond the ordinary documentary production package of camera, zoom lens, tripod and small light-kit.

We knew that we had to find a way to present images of cultural history â€” both re-enacted scenes and contemporary scenes of Islamic architecture and city life â€” in a way that would evoke the past, but maintain a sense of authenticity. The scenes would be dream-like and impressionistic but would still give viewers a sense that what they were seeing was accurate in historical terms.

We designed a production package that included a robotic crane with an 18-foot reach (Jimmi-jib), allowing us to fly the camera through architectural spaces, and a Steadicam that would allow for smooth camera moves through buildings at ground level â€” even mounting it on a truck to shoot running horses at full speed. We took a wide selection of lenses from extremely wide to telephoto and we also brought a high-speed camera for true slow-motion (500 frames per second) allowing us to slow an action down that actually took one second to fully twenty seconds on-screen. All of these taken together would provide an extraordinarily production palette. But it also meant that we had to travel with more than 40 cases of equipment â€” and do so in seven different countries. The logistics were severe.

The actual American camera crew was very small â€” Director of Photography Rege Becker (who also operated the Steadicam) and First Assistant Cameraman and Jib Operator Nick Gardner, who also shot second camera when required. The rest of the crew was hired and trained in each country â€” Syria, Egypt, Tunisia, Israel, Spain, Turkey and Iran.

It was in Iran that we used a motion picture company â€” with a crew of 50 â€” to produce the costumed re-enactments. Irans foremost Art Director Majid Mirfakhraei, had to create locations, costumes and props for more than a thousand years of history â€” from the deserts 7th century Arabia, to the palaces of the Ottoman empire. The same team of stunt riders had to be made-up and redressed to play Arabian mounted soldiers, Crusader knights, Mongol raiders, Ghazi horsemen and Ottoman cavalry. A full sized, four-story replica of the holiest shrine in the Muslim world (the Kaaba in Saudi Arabia), had to be built in the deserts of Southern Iran and the vanished world of 8th century Baghdad had to be created in the ruins of a 19th century Persian palace. More than 300 costumes were required, as well as a dozen camels and riders, dozens of sheep and goats, an entire Bedouin encampment and the streets of Jerusalem in the 11th century â€” complete with market stalls and citizens.

This extraordinary production design, set in epic landscapes, gives the film a startling sense of scope and provides a remarkable window through which to examine the past. The film took 18 months to edit, and is supported by an original score by Leonard Lionnet.

Produced and Directed by
Robert Gardner