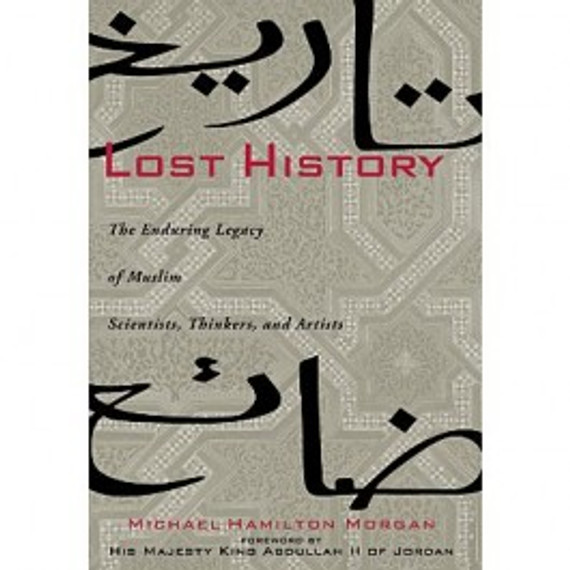 In an era when the relationship between Islam and the West seems mainly defined by mistrust and misunderstanding, we often forget that for centuries Muslim civilization was the envy of the world. Essential reading for anyone seeking to understand the major role played by the early Muslim world in influencing modern society, Lost History fills an important void. Written by an award-winning author and former diplomat with extensive experience in the Muslim world, it provides new insight not only into Islams historic achievements but also the ancient resentments that fuel todays bitter conflicts.

Michael Hamilton Morgan reveals how early Muslim advancements in science and culture lay the cornerstones of the European Renaissance, the Enlightenment, and modern Western society. As he chronicles the Golden Ages of Islam, beginning in 570 a.d. with the birth of Muhammad, and resonating today, he introduces scholars like Ibn Al-Haytham, Ibn Sina, Al-Tusi, Al-Khwarizmi, and Omar Khayyam, towering figures who revolutionized the mathematics, astronomy, and medicine of their time and paved the way for Newton, Copernicus, and many others. And he reminds us that inspired leaders from Muhammad to Suleiman the Magnificent and beyond championed religious tolerance, encouraged intellectual inquiry, and sponsored artistic, architectural, and literary works that still dazzle us with their brilliance. Lost History finally affords pioneering leaders with the proper credit and respect they so richly deserve