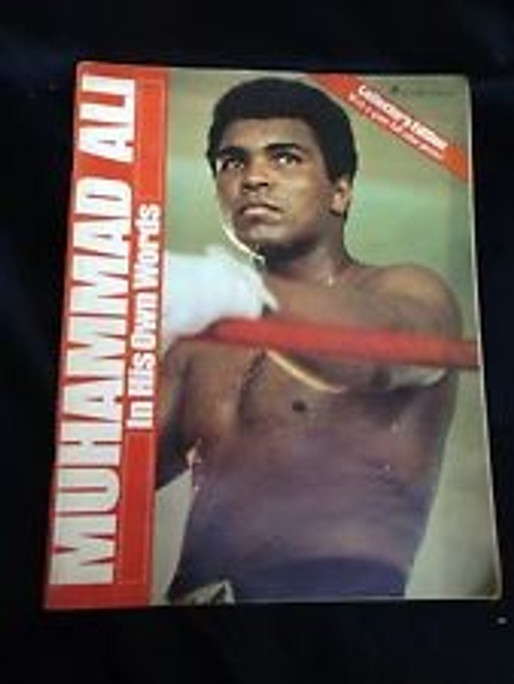 The collapse of Communism has left two major ideologies competing for allegiance in the worlds population: western Democracy and Islam. Yet while the modern world knows well the terror of the fanatical elements of the Muslim religion, how much do Westerners understand about the motives, attitudes and beliefs of Islam?

He called himself â€œThe Greatestâ€ and few boxing historians or fans would argue his claim. Born Cassius Clay, on January 17, 1942, he began his relentless pursuit of boxing perfection at age 12. His bicycle was stolen and a police officer taught him some basic moves so that it would not happen again. Ali won the Chicago Golden Gloves Championship in 1960. Then in Rome, later that year, Ali won the Olympic Gold Medal for the Light Heavyweight division. He came back to the states and embarked on what will be remembered as one of the greatest athletic careers of all time. Ali finally hung up his gloves in 1981 with a record of 56 wins, 5 losses and 37 knockouts and has left an everlasting impression on sports fans around the world.

IN HIS OWN WORDS...
Through stunning and rare footage, some of which has not been seen for decades, watch The Louisville Lip mature as a public speaker, beginning with his early days as Cassius Clay, through his tumultuous reign as the Heavyweight boxing champion of the world. Follow Ali as he refuses induction into the U.S. Army on religious grounds, embarks on controversial humanitarian travels into third world countries and struggles with ParkinsonÂ¹s disease.

The Prophet of Islam by Maulana Muhammad Ali

Mothers Rights and Other Tales [PB]

Most Beautiful Names of Allah

Morals and Manners in Islam