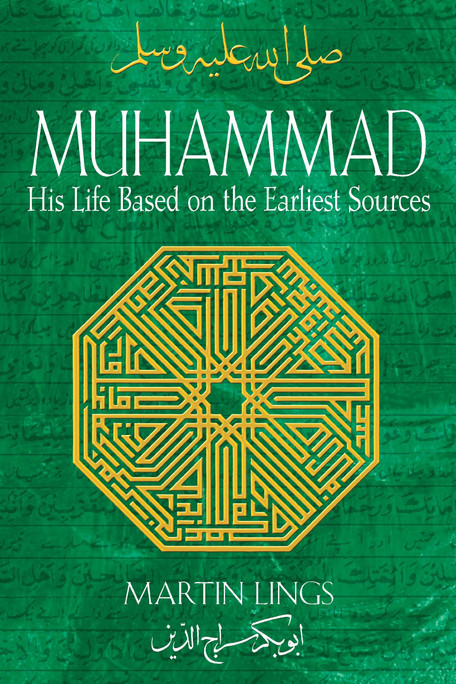 Muhammad His Life Based on the Earliest Sources By (author) Martin Lings This is the first paperback edition of this important work, which sold 7,500 copies in the cloth edition â€¢ The Muslim population of the U.S. is on a strong growth curve. It is estimated that there are now between 4 and 7 million Muslims in the U.S. This is the definitive, objective biography of the Prophet, drawn from primary Arabic sources of the 8th and 9th centuries, and includes passages never before translated. It owes its freshness and directness of approach to the words of the men and women who heard Muhammad speak and witnessed the events of his life. About the Author(s) of Muhammad Martin Lings holds degrees from both Oxford and London University. He lectured for twelve years at Cairo University, and has served as Keeper of Oriental Manuscripts at the British Museum. He has participated in several international Islamic councils and conferences. His other works inlude three books on Islamic mysticism, The Secret of Shakespeare, Ancient Beliefs and Modern Superstition, and The Koranic Arts of Calligraphy and Illumination. Praise for Muhammad Lings provides a wealth of detail on the life of Muhammad, the time and place of many Koranic revelations, and the foundation of Islam, all based exclusively on 8th- and 9th-century Arabic biographical sources and collections of the sayings attributed to Muhammad. General readers will find a well-written, straightforward chronological narrative; Muslim readers will appreciate the favorable treatment of Muhammad; while specialists will find a faithful and convenient rendering of source material. Joseph Gardner, California State Univ. Lib., Northridge Library Journal

Muhammad: His Life Based on the Earliest Sources 20 Copies Bulk

The Prophet Muhammad: A Simple Guide to His Life

The Messenger Prophet Muhammad and his life of compassion

Prophet Muhammad (peace be upon him)

Muhammad The Best of Creation