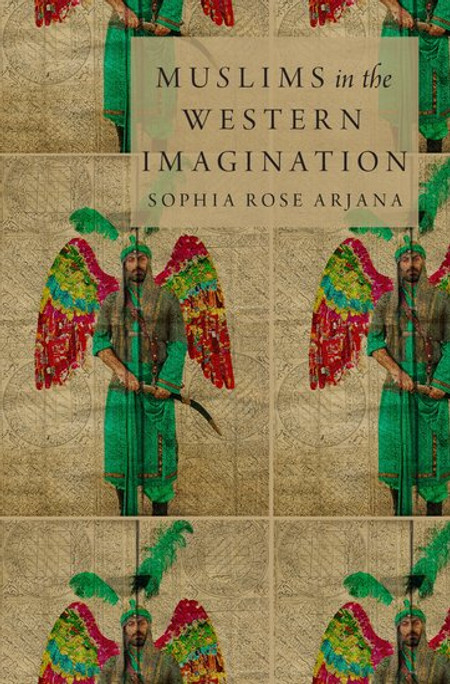 Throughout history, Muslim men have been depicted as monsters. The portrayal of humans as monsters helps a society delineate who belongs and who, or what, is excluded. Even when symbolic, as in post-9/11 zombie films, Muslim monsters still function to define Muslims as non-human entities. These are not depictions of Muslim men as malevolent human characters, but rather as creatures that occupy the imagination -- non-humans that exhibit their wickedness outwardly on the skin. They populate medieval tales, Renaissance paintings, Shakespearean dramas, Gothic horror novels, and Hollywood films. Through an exhaustive survey of medieval, early modern, and contemporary literature, art, and cinema,Muslims in the Western ImaginationÂ examines the dehumanizing ways in which Muslim men have been constructed and represented as monsters, and the impact such representations have on perceptions of Muslims today.

The study is the first to present a genealogy of these creatures, from the demons and giants of the Middle Ages to the hunchbacks with filed teeth that are featured in the 2007 film 300, arguing that constructions of Muslim monsters constitute a recurring theme, first formulated in medieval Christian thought. Sophia Rose Arjana shows how Muslim monsters are often related to Jewish monsters, and more broadly to Christian anti-Semitism and anxieties surrounding African and other foreign bodies, which involves both religious bigotry and fears surrounding bodily difference. Arjana argues persuasively that these dehumanizing constructions are deeply embedded in Western consciousness, existing today as internalized beliefs and practices that contribute to the culture of violence--both rhetorical and physical--against Muslims.