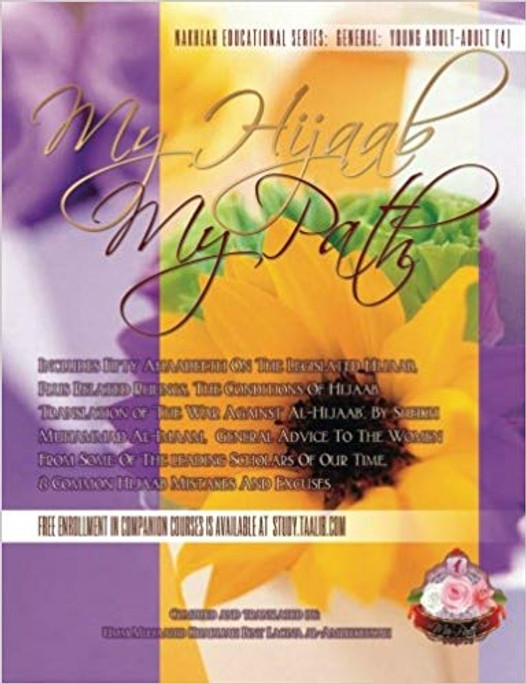 In today’s world few people would deny that the struggle between western ideals and concepts and the religion of Islaam is expanding and intensifying... Furthermore there is no issue of engagement related to these numerous battles in the present day ideological warfare against Islaam which carries as much open intensity and passion on both sides as the Muslim woman’s hijaab and its predominant place as a symbol of the adherence to or abandonment of Islaam as a way of life. ... In this work, ‘My Hijaab, My Path’ the compiler has done an excellent job of incorporating material that addresses these numerous issues and questions, explains the true guidelines regarding hijaab, and has brought clarity and insight to the principles involved; not merely from opinion, experience, or personal views, but by referring to the works of those people who are the only inheritors and successors of the Last Messenger of Islaam upon earth, the scholars. The scholars referred to are from those known for their depth of knowledge of the sources of Islaam. This book is intended for the Muslim woman who truly wishes to hold fast to the guidance of Islaam, not surrendering it for anyone or anything. Her adherence to Islaam despite the storm of misguidance focused against her, upon sincerity and knowledge, is sufficient for her true success as a believer in Islaam.

My Prophet First My Teacher

My Heart is Small My Love is Grand

My Veil Is My Life