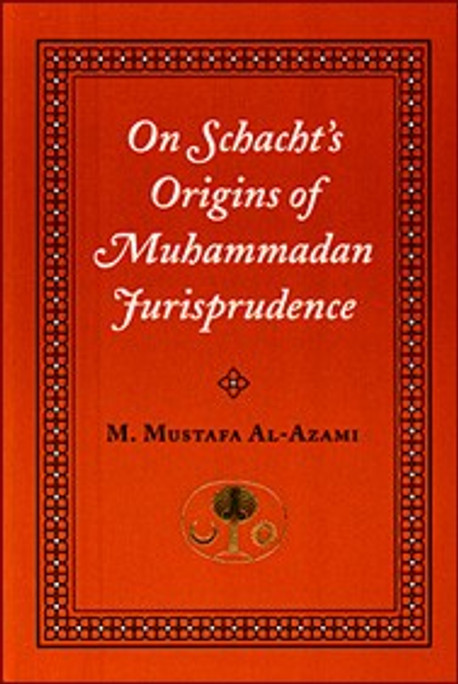 On Schachtâ€™s Origins of Muhammadan Jurisprudence

This in-depth study presents a detailed analysis and critique of the classic Western work on the origins of Islamic law, Schachtâ€™s Origins of Muhammadan Jurisprudence. Azamiâ€™s work examines the sources used by Schacht to develop his thesis on the relation of Islamic law to the Qurâ€™an, and exposes fundamental flaws in Schachtâ€™s methodology that led to the conclusions unsupported by the texts examined. This book is an important contribution to Islamic legal studies from an Islamic perspective.

Dr Muhammad Mustafa al-Azami is Professor of Hadith Science at King Saud University, where he has taught since 1973. He obtained his Ph.D. in Islamic Studies from Cambridge University in 1967, and studied at al-Azhar University in Egypt and Dar-al-Ulum in India. He is the author of numerous books and articles on early hadith. In 1980 he received the prestigious King Faisal Award for his research and presentations on the Sunna.

â€˜For the first time we have work like Azamiâ€™s; he has devoted literally years of research to the investigation of Hadith and has analysed, tested and passed scholarly judgement on Schachtâ€™s argument step by step, working with actual hadith materials. This book is indeed an effective response to Schacht...Azami has, through this and other works, demonstrated himself to be an outstanding scholar of Hadith ...he is the most well-versed and learned scholar of the Islamic science of tradition.â€™ (Journal of Near Eastern Studies)

The Jurisprudence of the Prophetic Biography

our book of du'a' for children