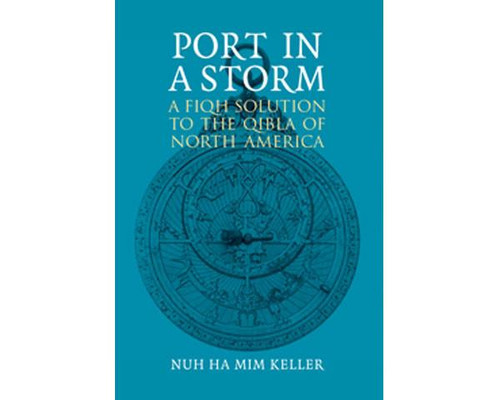 The qibla is the noblest of directions. This widely acclaimed book settles the question of the physical direction of Mecca from North America in the first thirty pages, after which it presents to readers for the first time the 1998 Fatwa of al-Azhar on the North American qibla. From this point of departure, the author surveys such major contemporary issues as the relation between religion and science, the Sacred and profane, scholars and engineers, ijtihad and taqlid. Combining traditional Islamic law, a clear exposition of the complex geographical issues, and the author's own meetings and correspondence with twenty-three contemporary scholars from seven Muslim lands, the book is a journey of discovery not only for Western Muslims, but everyone interested in Sacred Law in a modern world.

Port In A Storm is an essential component of any collection of modern scholarly texts on Islamic legal issues. The book addresses issues such as the direction of prayer for Muslims in North America, the grounds for consensus building in the Muslim community with regards to legal rulings and the relationship between Islamic law and technological advancement.

This book was a finalist in the prestigious British Book Design and Production Awards 2002 and has received wide critical acclaim.

The Fiqh of Medicine