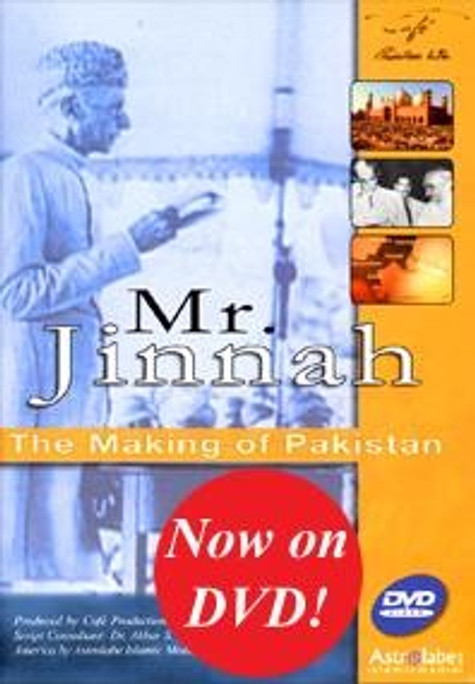 The drama of the Partition of India and the creation of Pakistan in 1947 was dominated by larger-than-life figures like Lord Mountbatten, Mahatma Ghandi, Pandit Nehru and Mr. Jinnah, the Quaid-i-Azam (the Great Leader), but Jinnah is the least known and least understood among the giants of his day. The Quaids achievement was the creation, almost single-handedly, of the largest Muslim nation in the world, Pakistan. As its Governor-General he became the first Asian head of state in modern history.

This documentary explores his remarkable life intertwined with the formulation of Pakistan itself. It is an intimate portrait that features first published interviews with Jinnahs daughter, Dina and his private secretary.

â€˜...the most vital intellectual exercise ever taken in the history of Pakistan.
~The Nation

â€˜...he (Jinnah) spent much of his life fighting for a kind of Islam which shows respect for law, for the rights of women and of minorities - things which the Prophet Muhammad himself insisted upon.
~The Independent

â€˜A man who wants to balance tradition and modernity. man of total integrity, taking only one rupee a month as his pay.
~Dr. Akbar S. Ahmed

Dr. Akbar Ahmed, is the founder and producer of the Jinnah Quartet, a series of four outstanding productions including this documentary, a feature film, a book and a graphic novel. He is currently the Ibn Khaldun Chair of Islamic Studies and Professor of International Relations at American University.

Ahmedâ€™s Jinnah, Pakistan and Islamic Identity virtually explodes with provocative ideas and new ways of looking at partition, at Jinnah, at Pakistan, and at South Asia as a whole. Ahmed, a fellow of Selwyn College, Cambridge is like Jinnah, a man with subcontinental roots and an outsiderâ€™s perspective. He is passionate about his subject, but also able to stand back when necessary, especially in analyzing where Pakistan and the larger Islamic world are going
~ Barbara Crossette in The New York Times

â€˜He is passionate about his subject, but also able to stand back when necessary, especially in analyzing where Pakistan and the larger Islamic World are going.
~New York Times Book Review

â€˜That the film is still highly viewable and outright uplifting is a testimony to the will power of the man the man behind it, Akbar S. Ahmed.
~Dawn (Pakistan)

Africa in My Blood : An Autobiography in Letters: The Early Years

Queen and the Bird Coloring Bk

Questions and Answers about Faith