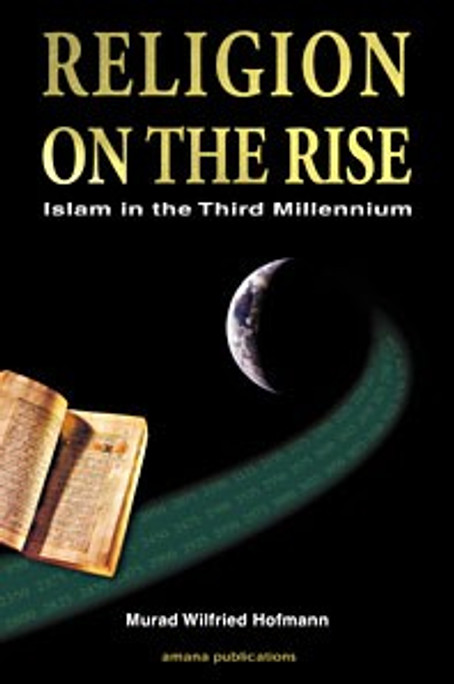 Religion on the Rise Islam in the Third Millennium By Dr. Murad Hofmann An informative, authoritative, and provocative book. Whereto is the highly civilized world heading? Are Christianity and Islam prepared to take on the challenges of a new era in human history? What are the intrinsic values and moral virtues of a humane society that can help humankind survive peacefully, guided by reason - and in harmony with divine revelation? Dr. Murad Hofmann, former German ambassador to Algeria and Morocco, analyzes present conditions and future prospects of the Western world under Christian influence, and the Oriental civilization under Islam. While both reveal merits and demerits under his exacting critical scrutiny, he unequivocally comes down in favor of Islam as the way out of the moral decay infecting the Western society. Nobody at least halfway alert to cultural phenomena, regardless of geographic location, will deny that the future development of his world is going to be influenced, if not determined, by what will happen in the Muslim world and to Islam itself. Could Islam, as a consequence, turn out to be the very therapy that could save the West from itself?

Reflections On the Quran (Hardcover)

Reflections on The Quran

Reliance of the Traveler