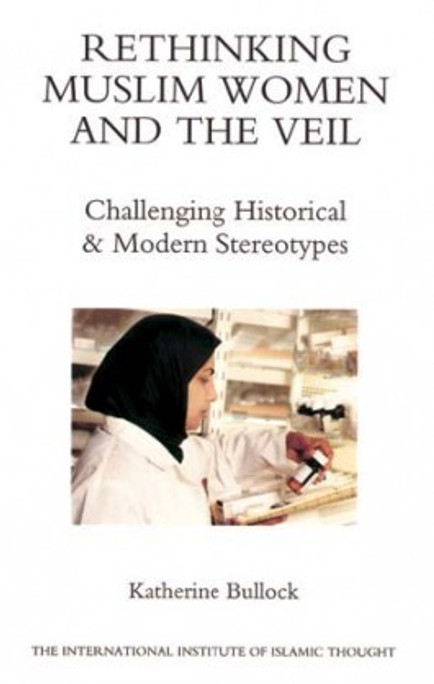 â€œMuslim womenâ€™s dress style has been recently politicized by certain quarters and given an interpretation that is out of step with the real intentions of women who choose to follow religious guidelines in the way they dress,â€ according to Dr. Louay Safi, Director of Publications at IIIT. One of the latest IIIT publications, Rethinking Muslim Women and the Veil, explores the question of Muslim womenâ€™s veil by approaching the issue from a new angle. â€œIIIT chose to publish this book,â€ says Dr. Safi, â€œbecause it deals with a very volatile issue that has recently received a great deal of attention.â€

The author, Katherine Bullock is a Canadian Muslim, who holds a Ph.D in political science and has focused on this question during her graduate studies. Her book looks into the socio-cultural dimension of Muslim womenâ€™s dress code and analyzes some of the factors that transformed women dress style into a political issue. â€œThe book brings new insights and provides a refreshing understanding of modesty in Islam,â€ says Dr. Safi.

Dr. Safi feels that Katherine Bullockâ€™s book should attract scholars, students of Islam and the Middle East, journalists and inquiring minds who are interested in obtaining a better understanding of Islam and Muslims.

Reflections on the Biography of Prophet Muhammad Peace be Upon Him

Reflections on al-Hujurat: The 49th Chapter of the Sacred Quran