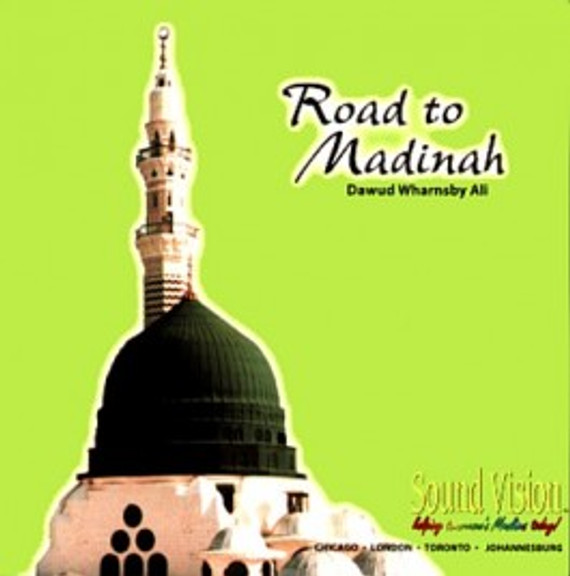 Road to Madina (CD) Artists: Dawud Wharnsby Ali A potpourri of songs by Dawud Wharnsby Ali which illustrate the character of a Mumin. This recording is Muslim artist Dawud Wharnsby Alis third CD release since embracing Islam in 1993. A potpourri of songs which illustrate the character of a Mumin (believer), Road To Madinah features complex vocal arrangements and strong percussion which underscore songs dealing with humility, patience during hardship and reflection on ones daily actions. The Veil, from the Sound Vision.Com documentary Hijab: an Act of Faith,is a Muslim womans response to accusations that the Hijab is oppressive, with lyrics sung by Wharnsby-Ali and co-written by Zahra Duran. Muslim Lullaby is a wonderful way for your little one to learn during bedtime, since it teaches the Dua (supplication) before going to sleep, tied to a simple and gentle melody. The first official Muslim Lullaby is easy enough for all parents to sing! Along with recitation of Holy Quran, make it a family practice to end each night with this bedtime song. These are just some of the great tracks on this wonderful recording. Road To Madinah makes a great gift for children and young adults, who learn many of their ideas and values through songs, or anyone looking for a Halal and fun alternative to current mainstream entertainment. Here are some reviews of this cassette: Review by Susan Hogan of The Minneapolis Star Tribune June 5,1999 With simple folk music, Dawud Wharnsby Ali sings songs celebrating his Muslim faith. The music is catchy and singable and largely sung in English. Its mostly done in capella, though theres some percussion accompaniment. Ali hopes that it will inspire young Muslims to appreciate the tenets of their faith. In Full of Humility, Ali sings Put all our pride away, always thank Allah when we pray, you know we shouldnt be full of ourselves when we should be full of humility. Life Returns extols the cycle of life. In The Veil, Ali sings about the importance of modesty and self-respect:This body that I have, no stranger has the right to see; these long clothes, the shawl I wear insure my modesty; faith is more essential than fashion, wouldnt you agree? Well done. Review in Islamic Horizons Magazine The Muslim tradition of hymning praises of Allah (Subhanahu wa Tala), His Creation and His Messenger, Prophet Mohammad (Salla Allahu Alayi wa Sallam) is now coming of age in English. This effort got its serious beginnings when Yusuf Islam, the former Cat Stevens, resurrected his musical career with a different flavor. Dawud Wharnsby Ali, the Muslim Canadian singer of Islamic themes has produced another inspiring music CD/audio cassette entitled Road to Madinah. In a potpurri of songs, Ali illustrates the character of a Mumin.

Our Prophet: Life in Madinah

Rise and Fall of the Ummah, The [MP3]