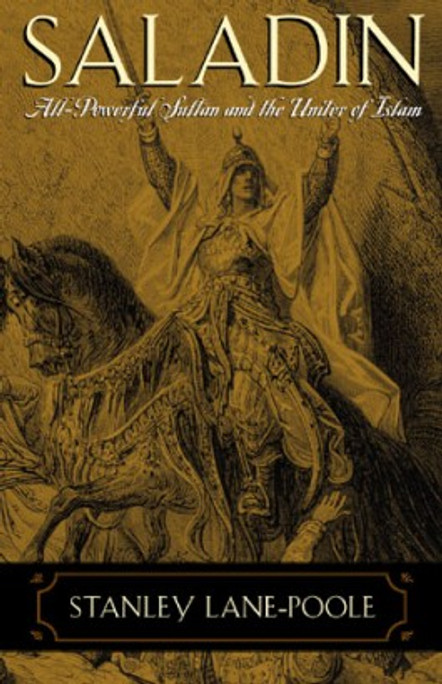 Celebrated in romances from the Middle Ages to the Victorian Eraâ€”and the subject of contemporary studies and novelsâ€”Salah ad-Din Yusuf ibn Ayyub, also known as Saladin (c. 1138-1193), is best known in the West for his battles with Richard the Lionheart during the Third Crusade. More than a powerful and chivalrous warrior, Saladin was also a skillful leader who forged a unified empire from the squabbling nations of the Middle East, turning the Muslim armies into a fighting force that retook the Kingdom of Jerusalem from the Crusaders. Lane-Pooles biography of the storied sultan analyzes records by Saladins Christian and Muslim contemporaries to reveal the man behind the many legends. The portrait Lane-Poole creates is of a ruler who avoided luxuries, showed remarkable mercy toward his enemies (with the exception of the Knights Templars and the treacherous Reginald of Chatillon), and was openly admired even by the Crusaders who warred against him. Saladin covers Saladins boyhood as a Kurdish outsider in Egypt, his astounding victory at the Battle of Hittin (which turned the tide of the Crusades), and his subsequent melees with Richard in the Holy Land. Though originally published in 1898, Lane-Pooles insightful and open-minded book remains the definitive work in the English language on Saladin. Author bio Stanley Lane-Poole (1854-1931) was the author of The Story of the Moors in Spain, The Speeches and Table Talk of Muhammad, and other books on the history of the Islamic world.

What Islam is All About HB

Saladin The Triumph of the Sunni Revival

What Islam is All About

Salaat:The Islamic Prayer from A to Z Book