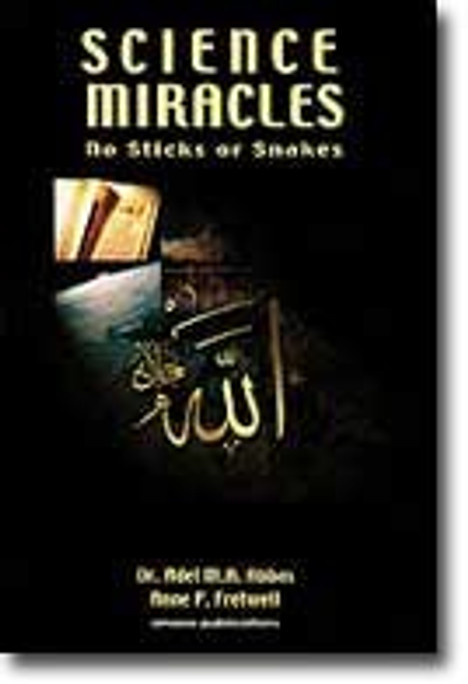 From the back cover: "Science Miracles was conceived by a non-Arabic speaker whose intention was to prove that the Quran is a linguistic miracle. When the Prophet (pbuh) was asked repeatedly why he did not bring a miracle like those brought by Moses, Allah (SWT) replied for him with a scientific reference: "There is not an animal (that lives) on the earth, nor a being that flies on its wings, but (forms part of) communities like you" (6:38). The science references are among the many miracles of the Quran, and it is the purpose of this book to bring them to "light." For example, Allah says in the Quran that "Allah is the light of the heavens and earth." Allahs light reaches man through the teachings of the prophets and the holy books given to them. Allahs light returns to him through mans good deeds. Thus, a circuit of light is closed between Allah and man. The outcome of this light circuit is governed by a generous scoring system favorable to man. Mans nature is electrochemical; he reacts to the light that he receives from God in a scientific fashion. Allah-the Guide, the Merciful-punishes man only after sending prophets to teach from a holy book. Allah uses the universes natural phenomena to exact precise selective mass destruction, sparing whom he wishes. As Gods successor (Khalifa) on Earth, man must learn how to protect his planet from such mass destruction. Also, the book suggests that the opening letters of some of the surahs of the Quran act like computer markers to distinguish the Glorious Quran from Umm al-Kitab and from the endless number of books that Allah has in His possession."
×
star_border star_border star_border star_border star_border

Al-Qur'an - The Miracle of Miracles

Science of Hadith (An Introduction)