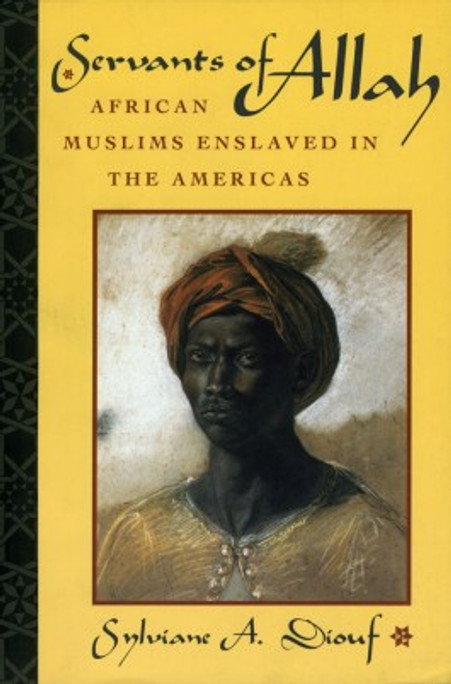 Despite the explosion in work on African American and religious history, little is known about Black Muslims who came to America as slaves. Most assume that what Muslim faith any Africans did bring with them was quickly absorbed into the new Christian milieu. But, surprisingly, as Sylviane Diouf shows in this new, meticulously researched volume, Islam flourished during slavery on a large scale.

Servants of AllahÂ presents a history of African Muslim slaves, following them from Africa to the Americas. It details how, even while enslaved many Black Muslims managed to follow most of the precepts of their religion. Literate, urban, and well traveled, Black Muslims drew on their organization and the strength of their beliefs to play a major part in the most well known slave uprisings. Though Islam did not survive in the Americas in its orthodox form, its mark can be found in certain religions, traditions, and artistic creations of people of African descent.

But for all their accomplishments and contributions to the cultures of the African Diaspora, the Muslim slaves have been largely ignored.Â Servants of AllahÂ is the first book to examine the role of Islam in the lives of both individual practitioners and in the American slave community as a whole, while also shedding light on the legacy of Islam in todays American and Caribbean cultures.

The Kingdom of Allah

Self-Disclosure of God, The

Selections from the Noble Read