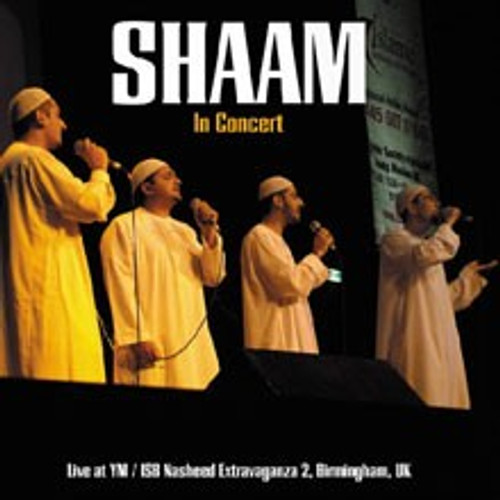 SHAAM in Concert SHAAM performing in front of nearly 3000 in their hometown of Birmingham at the Aston Event Centre on Saturday 6th December 2003, as part of the sell-out nationwide Nasheed Extravaganza 2 Concerts. A great atmosphere & performance is captured well on this CD. Features live renditions of favourites such as Mercy like the Rain, Jashne Aamede Rasool and SallAllahu ala Muhammad (2 versions!) plus a medley of some of their spiritual Arabic songs like Jood Alayna