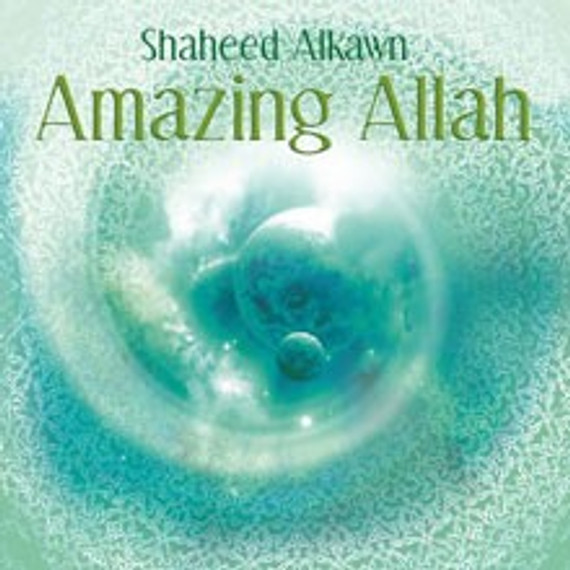 Amazing Allah is a beautiful collection of nasheeds all in praise of Almighty God. Shaheed adopts a soothing, melodious style of singing interlaced with delightful harmonies. Tracks include the rousing Sweet Release to the cautionary song No more time which entreats us all to remember our time on earth is but short. Out June 2004.

Shaheed Alkawn was born Shane Conning in September 1978 in Durban, South Africa. He was raised and educated within a strong Catholic background. As a young man Shaheed was very reflective and his keen sense of perception and thirst for knowledge would not allow him to accept the Bible as the word of God. Thus began his tireless search for the truth. After months of researching different ideologies and religions, his search culminated with his acceptance of the Qurâ€™an as the word of God and his subsequent embrace of Islam as a way of life, in 1995 at the age of 16.

Although still a teen, Shaheed chose to put all other aspirations on hold and began his mission in the true purpose of believers to spread the word of God. Being a talented and creatively gifted person, he approached the work of dawah in an innovative manner that has captivated young people wherever he has been and has been a powerful inspirational force to others.

Coming from a musical background he realised the addictive force of control that music has over the masses, and thus honed his talents to deliver the Message in an optimal manner. Shaheed has performed across South Africa with his unique brand of music, and released this his first, much awaited album in October 2002 in that country. The album was met with much acclaim and created an unprecedented furore around his style of Islamic rap. Shaheed chose rap as it is infectious, trendy and an effective tool in getting a message across through music. In a recent interview, he reflected that, My rapping is actually a sermon, but accompanied with rhythm and sound, young people are drawn to hear what they otherwise would not.

Another unique feature of Shaheeds music is that it is unaccompanied by any musical instruments. His versatility as an artist enables him to accompany his vocals with a complex system of beat-boxing and harmony that has marvelled many.

Undoubtedly, he is amazingly accomplished for such a young artist, yet for Shaheed the music is not everything; it is only a tool towards a greater goal of inviting to submission (Islam) through the creation of an alternative youth culture that is independent of vice, drugs and intoxicants. Freeing the mind, realizing our potentials, and fulfilling our individual obligations to God is what its really about, says Shaheed, and he hopes his efforts are an encouragement to other Muslims to take up this cause.

Towards this goal of an alternate youth culture, Shaheed has also founded a nationwide Islamic martial arts society in South Africa, called Albadaaha (the natural way), which provides youth with an alternative healthy lifestyle. Based on a fun, acrobatic, fluid, martial art called Capoeira, Albadaaha is not only a martial arts academy but a social platform for interaction in a manner that does not conflict with the Islamic way of life.