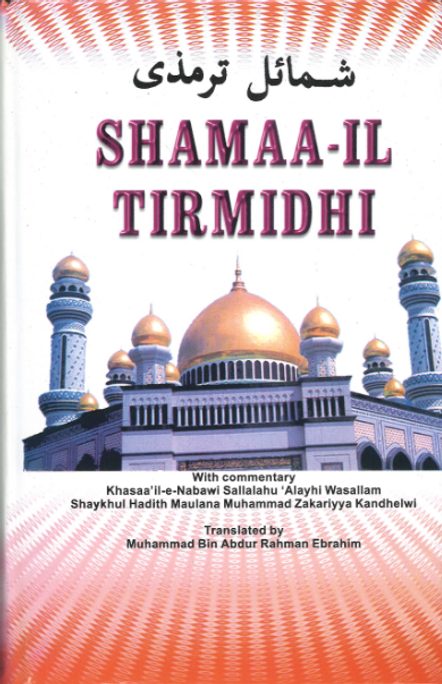 The Shama’il of Imām al-Tirmidhī is one of the most extensive and celebrated works on the description and attributes of the Messenger of Allah (pbuh). The 415 narrations were carefully selected by the great muhaddith to craft a vivid depiction of the Prophet (pbuh). Through this, a portrait of his blessed physical appearance, habits, worship, daily routine, spirituality and much more is painted by those most beloved to him: his noble companions and family members. To aid the reader in extracting the maximum beauty and wisdom from the narrations, we have carefully selected explanatory gems from over forty classical and contemporary works. Some of the scholars from whom we have taken include: Abdul Razzaq al-Badr, Ibn Hajar al-Asqalanī, Alī al-Qārī, Al-Bajūrī, Ibn Hajar al-Haytamī, Abū Bakr ibn al-‘Arabī , Al-Nawawī, Ibn al-Uthaymīn, Al-Ghazālī, Qadī ‘Iyyād, Ibn Taymiyyah, Ibn al-Qayyim, Al-Shawkānī, Muhammad Amīn al-Shanqītī, Ibn Abdul Barr, Ibn Rajab, Al-Qastalanī, Ibn Kathīr, Abdul Rahman al-Mubarakfūrī, Abū Hafs al-Sūhrawardī, Ibn al-Jawzī, Abdul Muhsin al-Abbad, Al-Suyūtī, Hafith al-Iraqī, Al-San’anī, Ibn Battal, Nasiruddīn al-Albānī and many more. Ibn Kathīr said, “Scholars authored many titles on the depiction of the Prophet (pbuh), some of which were dedicated books and some of which were chapters in books. From the best books authored about the depiction of the Prophet (pbuh) is the book of Abū 'Īsa, Muhammad ibn 'Īsa al-Sulamī al-Tirmidhi, known as al-Shama'il” [Al -Bidaya wal Nihayah 8/385]. Abdul Razzaq al-Badr said, "This blessed book is from the best and most beneficial books written about the character and depiction of the Prophet (pbuh) and its author made it such an excellent work through his structuring of it and the hadiths he included therein. This is the reason why many scholars praise the book and consider it from the best books authored about this topic."

The Holy Quran (Arabic and English Translation with Commentary)

The Noble Quran with English translation and commentary....Uthmani script

Memories of Muhammad: Why the Prophet Matters