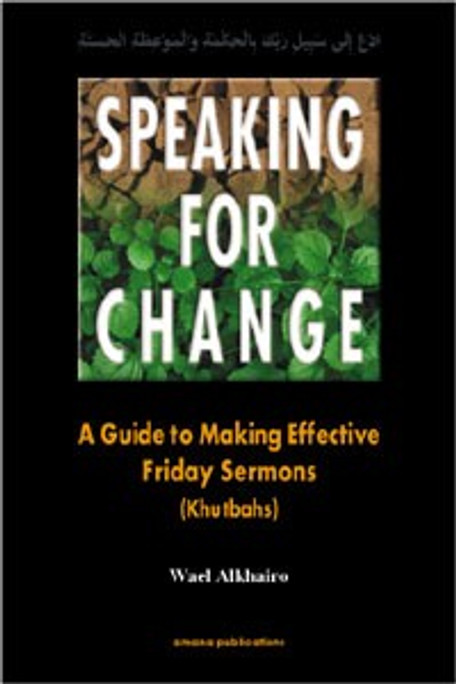 Speaking for Change By : Wael Alkhairo Born in Mosul, Iraq, Wael Alkhairo came to the United States in 1978 to start his college education in engineering at Bradley University in Peoria, Illinois. In 1980, he was among the group of Muslim students who established the Islamic Student Society and initiated the performance of the Jumuah prayer on campus. Since then he has been actively involved in Islamic work both on college campuses and in local communities. A regular speaker at Jumuahs and other public occasions, Wael has served two terms as President of the All Dulles Area Muslim Society (ADAMS) in Northern Virginia and is currently a member of its Board of Trustees. He has a Bachelor of Science degree in industrial engineering and a Masters degree in engineering administration from Virginia Polytechnic Institute, Blacksburg Virginia. He currently works as a project manager at Marjac Investments of Herndon, Virginia. The Friday sermon (khutbah) is among the most important activities of any mosque or Islamic center. Given appropriate attention and planned wisely, using effective communication techniques and skills, it could ring about significant qualitative change in individuals and communities. This book is written as a guide for those who deliver khutbas as well as for those who manage mosques in the West with the intention of making the best of the Friday prayer in terms of education, inspiration, and mobilization. The author wrote the book based on years of practical experience and feedback from audiences and organizers.