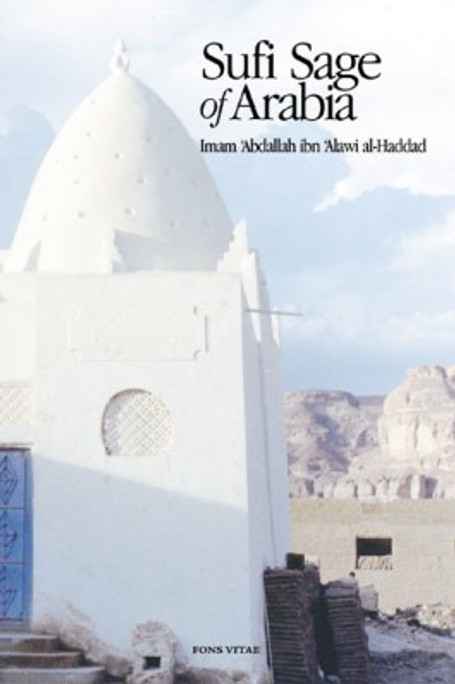 This unique biography of the saint Imam Abdallah al-Haddad takes readers into the fascinating world and spiritual life of 17th-and early 18th-century Yemen. The life of this great spiritual masterâ€”whose teachings and personal example continue to influence lives around the worldâ€”is examined, from his early attraction to Sufi poetry and visit to the tomb of the prophet Hud - to his rise as a Sufi master and his Hajj journey to Mecca. The biographical facts of al-Haddads life are interspersed with his spiritual teachings, including his take on the nine stages of certainty, the five investitures of taqwa, the stages of gnosis, and supernatural events. Sufi practitioners, historians, and anthropologists will come to a deeper understanding of this timeless and enduring tradition with this fascinating record of a seminal Sufi masterâ€™s life and death.

The author Imam Abdallah Ibn-Alawi Al-Haddad (d. 1720), lived at Tarim in the Hadramaut valley between Yemen and Oman, and is widely held to have been the â€˜renewerâ€™ of the twelfth Islamic century. A direct descendant of the Prophet, his sanctity and direct experience of God are clearly reflected in his writings, which include several books, a collection of Sufi letters, and a volume of mystical poetry. He spent most of his life in Kenya and Saudi Arabia where he taught Islamic jurisprudence and classical Sufism according to the order (tariqa) of the BaAlawi sayids.

Mostafa al-Badawi author of the Fons Vitae Imam al-Haddad Spiritual Masters series is a disciple in the Sufi order of Imam al-Haddad. Mostafa al-Badawi is one of the worlds premier translators of Islamic spiritual texts. He is a Consultant Psychiatrist and member of the Royal College of Psychiatrists. He studied under many shaykhs, foremost among whom is the late Habib Ahmad Mashhur al-Haddad. His other translations include: Book of Assistance, The Lives of Man, Two Treatises, The Prophetic Invocations, and Degrees of the Soul. He is also the author of Man and the Universe: An Islamic Perspective, recently published. He resides in Madinah.

Subjects of the Quran