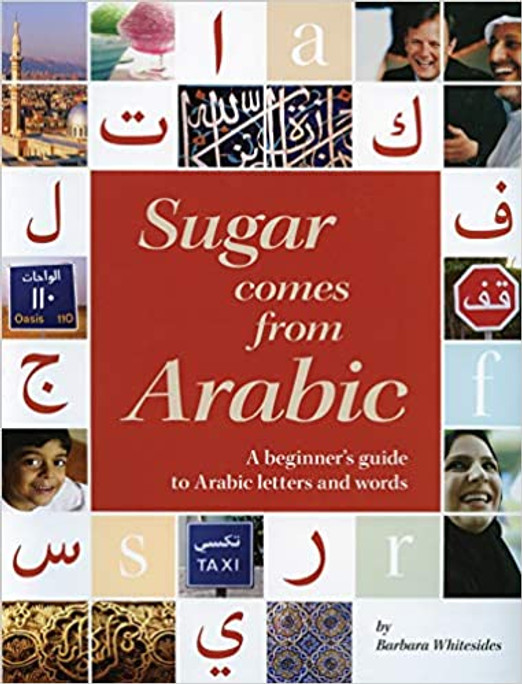 No other Arabic alphabet book demystifies the letters in such a comfortable way, by introducing them in English alphabetical order of the Roman alphabet and using the spelling of English names and words as a way to learn the Arabic. Look up matching letters, follow the directions, and soon you'll be writing your own name in Arabic!

Clear, concise illustrations show how to draw and remember each letter. Color photographs and explorations of individual words reveal important and often unrecognized connections between the West and the Arab world, such as the delicious gift of sugar. Sugar Comes from Arabic is an exciting entry into the language of more than twenty countries and more than 300 million people.

Simple stick-figure cartoons show you how to draw and remember each letter. Winning illustrations of words reveal important and too-often-unrecognized connections between our cultures, such as the delicious gift of sugar we received from the Arab world. This book is an irresistible way to raise cultural literacy.

Arabic for the Beginners

The Exegesis Of The Grand Holy Qur'an (4 Vols.)