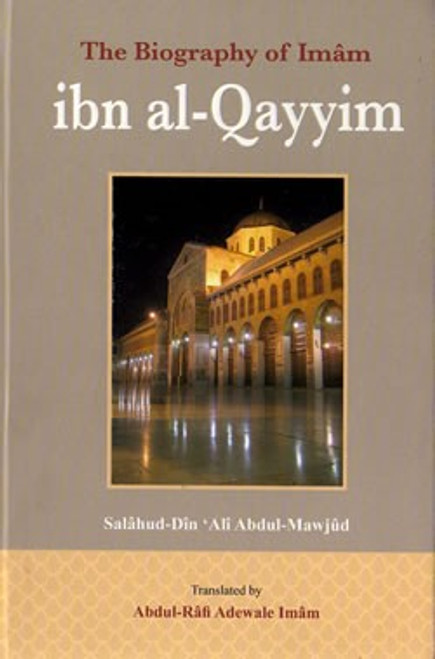 Imam ibn al-Qayim a shining sign with regard to his knowledge and memory. Anyone who looks in his books will bear witness to his great virtue. The works he authored are of outstanding excellence that have continuously been providing guidance to the scholars across the course of seven centuries. He has more than a hundred books to his credit concerning various sciences. Ibn al-Qayyim(Qayyem/Qayim/Qayem/Qayum/Qayyum) had an intense love for knowledge - studying it and writing about it.

This is a biography of one of the notable personalities of Islam and one of its noble knights. He reached the very highest levels of scholarship and piety. There is no Salafi[1] following the methodology of Ahl as-Sunnah Wa al-Jamaah except that he testifies to his great virtue, for through him, Allah gave sight to so many eyes that were blind and life to so many hearts that were dead. He is none other than Shaykh Al-Islam, Imam ibn Qayyim al-Jawziyyah, may Allah shower him with His Mercy.

His Name and Lineage:

The biographical reference works are in agreement that he was born in the year 691 H. His student, asSafadi, mentioned that he was born on the 7th of Safar in that year. Ibn Taghri Bardi, Ad-Dawudi, and as-Suyuti followed him in that view.

This great Imam is well-known amongst both the early scholars and the later scholars as ibn Qayum alJawziyyah. Some shorten it and simply say ibn alQayyim. The biographical reference works are in agreement that the one who became famous with the title "Qayyim al-Jawziyyah" was his father: Shaykh Abu Bakr ibn Ayyub az-Zuri. He was the Qayyim, or director, of al-Madrasah al-Jawziyyah (the Jawzi school) in Damascus for a long period of time. Therefore, he was called "Qayyim al-Jawziyyah." Afterwards, his offspring and his grandchildren became famous with this ascription.

Qayyim, in the language, means someone who is in charge of directing and managing something. As for its definition according to its technical usage, it does not go beyond that. It has the same meaning as Nazir or Wasi so a person can be called the Nazir of a school, its Wasi, or its Qayyim. They all have the same meaning. It is sufficient source of his pride that he should be in charge of this school because of the great influence it had amongst all the schools of that time.

[1] Translators note: the word Salafi means one who follows the way of the Salaf, the first three generations of Islam who were praised by the Prophet (S) as the best of mankind.