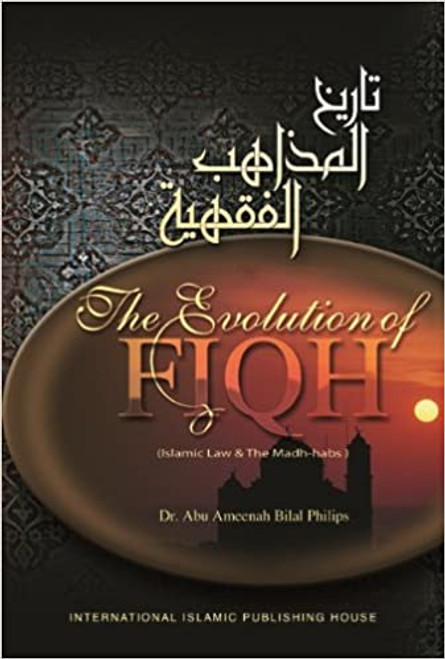 Fiqh or Islamic jurisprudence is a complete set of instructions for everyday life driven from legitimate Islamic sources. This book is a historical perspective on the formation and divisions of schools of fiqh. In addition to that Dr Bilal Philips has also identified the negate and positive roles played by madh-habs in the past. He further proposes a way in which all madh-habs can be unified. The book is important as it draws the Muslims' attention to self-criticism that is long overdue." About the author Dr. Philips was born January 7, 1947 in Jamaica, but grew up in Canada, where he converted to Islam in 1972. He received his B.A. degree from the Islamic University of Medina and his M.A. in Aqeedah (Islamic Theology) from the King Saud University in Riyadh, then to the University of Wales, UK, where he completed a PhD in Islamic Theology in the early 90s. Philips comes from a family of educators, as both his parents were teachers and his grandfather was a Christian minister and Bible scholar. The Islamic Online University (IOU) is the brainchild of Dr. Bilal Philips.

The Evolution of Fiqh: Islamic Law and the Madh-habs

Why do Muslims ... 25 Questions for Curious Kids